The Last Maharaja: Jammu & Kashmir is only now waking up to his greatness 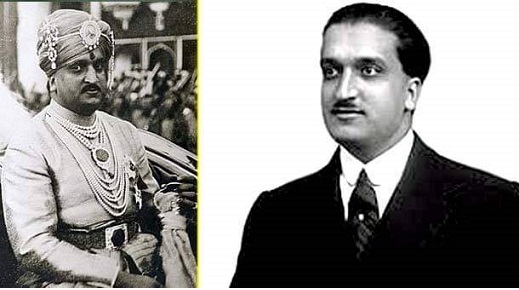 Amar Mahal, located in Jammu city on the west bank of Tawi river, once a palace, is now a well-known museum, frequented by tourists. The locals too throng the beautiful palace designed like a French villa and was the residence of Raja Amar Singh where Hari Singh was born on September 23, 1895.

Maharaja Pratap Singh was the third Dogra Hindu ruler who succeeded Maharaja Ranbir Singh. It so happened that the Maharaja was issueless and this made Hari Singh the ruler of the state after Pratap Singh’s death in 1925. He ruled till October 26, 1947, when he acceded his state to India.

Due to twists and turns ordinary mortals, as also kings are witness to, Maharaja Hari Singh was much vilified during his lifetime. Even after his death in Bombay (Mumbai was known this at that time) on April 21, 1961, the late Maharaja could not escape opprobrium.

This perhaps was due mainly to the fact that he crossed paths with Jawaharlal Nehru in 1946 when the latter tried to enter his territory J&K from Kohala bridge (on Jhelum) to defend Sheikh Mohammad Abdullah. The future Prime Minister of India remembered this for whole of his life. This soured Hari Singh’s relationship with both Nehru and Sheikh, whom he could barely tolerate as he schemed against the Maharaja.

During the past few years, fate seems to have turned in favour of the late Maharaja and his role is being reassessed. His work in the education sector, health sector and in social service is being talked of more in glowing terms. Earlier, Sheikh was portrayed as a paragon of virtues and the Maharaja as a communal despot. The roles seems to have been reversed altogether in the past one decade.

Incidentally, the Maharaja was far ahead of his times and had abolished untouchability by a royal decree during his rule. It stayed entrenched in the rural areas of Jammu and Kashmir away from his eyes.

A real life anecdote about his egalitarian nature can perhaps give us an idea as to his day to day conduct. When he announced that anyone, including dalits, could enter Raghunath Mandir, the best known temple of the Dogra rulers, the head pujari of the temple objected. Hari Singh had issued orders that this rule applied to all temples in his vast kingdom and controlled by Dharmarth Trust.

Maharaja Hari Singh requested the head pujari to rethink his opposition to these orders and granted him some time. When the pujari refused to accept changes that the Maharaja wanted, he was dismissed from service and a new pujari appointed! To dismiss a pujari in this manner was no joke 80-90 years ago as a large section of population was accustomed to untouchability.

In the education sector, the Maharaja is talked of in glowing terms today as he founded colleges both in Jammu and Srinagar, summer and winter capitals of his kingdom. He also instituted scholarships for the poor and meritorious students. Yet, his contributions to different fields were usually underplayed till recent past.

Some years ago, Amar Kshatriya Rajput Sabha demanded that his birthday be observed as a holiday. Some other organisations also supported this demand which remained more or less confined to the Jammu region.

This year, due to the Chinese virus pandemic, the celebrations on Maharaja Hari Singh’s birthday have remained muted at most places. Will there be a holiday on his birthday some time in the future soon? That is not clear as opinion remains divided on this even among those who rever him.

One viewpoint endorsed by a large section of intelligentsia is that his greatest contribution was the accession to India. So far, even celebrations of Accession Day have remained low key affair but that may soon change. This was mainly due to undermining his role in accession and his constant vilification by a very large section of Kashmiri politicians who called the shots in J&K.

All that may be changing very fast now.