The team which looks the best bet this IPL: And it’s not Delhi 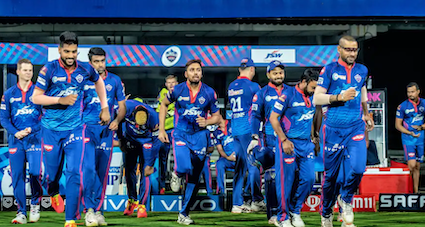 How often you don’t mind losing while the rest pray that you go on winning? Two wicketkeeper-batsman captains Mahendra Singh Dhoni and Rishabh Pant have such kind of goodwill in the lanes around them as they lead the field to the finish in the Indian Premier League (IPL).

Some five of eight teams could float or sink on any given evening. They are tightly bunched; on a raft that affords only two over a stretch of towering waves, plunging holes, massive boulders and flanking cliffs of unknown bases. It’s easy to get lost in rapids. Everyone is wishing each other bad luck, hoping Chennai and Delhi do to the other what it spares them with.

Front is fun but it wets you the most in a raft. Those in the back could afford a delayed response to danger yet are rocked the most. Middle is safest where Kolkata Knight Riders presently is, enjoying the fortune of the brave. Chennai and Delhi are out of their way and so is Mumbai. Their final three games are against the three worst sides in the competition. You are not advised to bet even a penny against them qualifying.

Eoin Morgan arguably has done the least in his team’s upswing. He has all the mannerisms of a good captain: Upright stride to the middle, Napoleonic survey of the field, and the swing of a bat which befits a hammer thrower. Only, everyone fancies his chances against him these days. He has escaped gaze as everyone’s is fixed on two Vs: Venkatesh Iyer and Varun Chakravarthy. Both look India material which flips out of the tongue so easily these days.

Bangalore has its nails ahead of its peers, just about. Virat Kohli comes and goes in a double role in his team’s potboiler: White and black on either side of the powerplays. Truth to tell, middle overs is the booby trap for all batsmen and not just Kohli. You could be in a big stadium like Abu Dhabi or a small theatre of a Sharjah but there is little pace to use against spinning deliveries. Catches at ropes are common; as are shies at the stumps of scampering batsmen.

I am intrigued at what aspiring teams do from now on. Most would throw their bats in the opening six overs, its given. But what you do in middle overs would count. You need power of a Kieron Pollard and Andre Russell or inventiveness of a Glenn Maxwell and Sanju Samson to bail out teams. Ramp shots are not enough for I have witnessed catches being taken by fielders stationed halfway to fine leg. If Chris Gayle comes to life, Punjab would be the threat nobody has seen coming. I, for one, would never leave him out in the remaining three games.

On paper, Bangalore has the best middle order now that Ishan Kishan and Surya Kumar Yadav are not pulling their weight for Mumbai. But Chennai has dangerous floaters and the conditions smell of Chepauk. Delhi could be in for a rough time as Hetmeyer included, its batting don’t enthuse me after No 4. Fortunately, it has bowlers who could defend even a 100.

So Bangalore is my fourth team for knock-out but both Maxwell and AB de Villiers have to turn up in every remaining game. If Kohli and Paddikal are threatening 70 runs from the first six overs, teams would use up their best bowlers which is spinners and free up Maxwell and De Villiers against the lessers.

Both KKR and Bangalore though ought to be mindful of Mumbai. It has found Saurabh Tiwary as one of the answers to Ishan Kishan-Suryakumar Yadav puzzle and hopefully Hardik Pandya would provide the other answer. And they better come good too for Chris Lynn alone could put his hand up among the remaining—which would mean sacrificing an overseas regular. Mumbai has a lot to play for and too few to bank upon in a campaign which is cursed by those who have suffered at their hands over the years.

This IPL, as said, would belong to whosoever has answer to middle overs. You won’t have 200 in UAE; or even a 180. Winners won’t be known till the final overs. Teams which are willing to sweat for their singles, have beef in the middle, would pull through the fire. It might not be the ideal T20 show in the town but in terms of suspense it has few equals.

And I would happily trade for a game which isn’t predictable–though my two penny is on that old fox we know as MS.