There’s everything wrong with the Soros-allied Freedom House: Including India map! 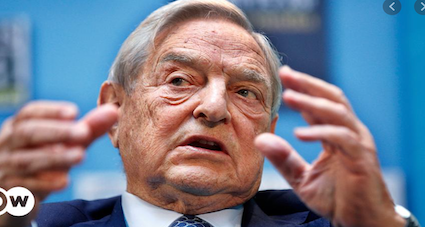 When democracy watchdog the Freedom House, in a new report, demoted India from “free” to “partly free”, flagging sustained erosion of civil liberties in the country, the usual suspects sprung into action to further the narrative, conveniently overlooking that the report shows a dismembered India, taking out even Jammu from the Indian map!

The report, titled “Democracy Under Siege” makes wild claims on discrimination against Muslims, love-jihad laws as well as sedition cases and migrants issue during the Covid-19 pandemic.

Union Finance minister Nirmala Sitharaman was one among those who zeroed upon the “map” issue and said at an interaction, “I am concerned about this group which doesn’t get the Indian map correct. The Indian map on their website is wrong. They should first get our map right.”

Writer and economist Sanjeev Sanyal too put out a tweet.

Those in India shedding tears about this change in “ratings” should simply look at the map of India that is being used below. That is the real story. https://t.co/So3c7Dflnz

So who do you think the Freedom House claims to get its funds from? It says due to generous support from the National Endowment for Democracy (NED). But the NED itself receives massive grants from the US government! So integral is NED to US foreign policy that ex-US president Donald Trump wanted to slash its funding.

That’s not all. Open Society Foundation on its website lists Freedom House as one of its allies. In 2016, Freedom House declared so in its financial statement. Evolved readers don’t need be told that Open Society Foundation is a tool created by George Soros to bring down nationalist governments around the world. Why, Soros has in the past had gone public in announcing he would spare $1 billion to remove world leaders like India’s Narendra Modi from office.

In response, Zoltán Kovács, Hungary’s secretary of state for international communication and relations directly targeted George Soros and said on Twitter that Freedom House “was once known as a bipartisan human rights organization. With their [George] Soros funding they’ve declined, becoming the fist of the party that is the Soros network. Anyone who doesn’t conform to their liberal view gets downgraded.”

At best Freedom House is a propaganda arm of George Soros and the US government.