These Indian-Americans won’t be our friends: So stop gushing Indian media 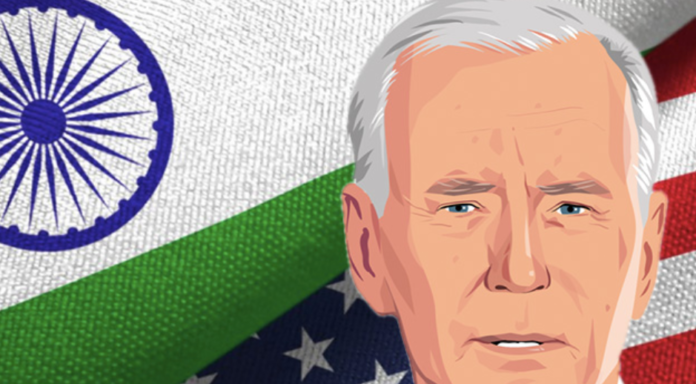 You could call them fools or devious: Either way our newspapers are silly beyond words in lapping up to the Indo-American appointees in the Joe Biden administration of the United States.

Oh, so today it is Sumona Guha who would be a senior director in White House senior security council. And Tarun Chhabra too, my god, and not just senior director but also one of technology. And who do you think is the Coordinator for Democracy and Human Rights? Shanthi Kalathil, a former journalist. Uzra Zeya, who was made to resign during the Trump years, is now Under-Secretary of State for Civilian Security, Democracy and Human Rights. Bravo, Indian-Americans rock. Life would be good this side of Ganges.

The Biden administration it seems can’t have enough of Indians.  Two women of Kashmiri origin are high in the hierarchy too. Sameera Fazli is deputy director of the National Economic Council. Aisha Shah is manager partnerships in the White House Digital Strategy unit.

Sonia Aggarwal was named Senior Advisor for Climate Policy and Innovation, Vidur Sharma was added as Policy Advisor for Testing on the Covid 19 response, and Garima Verma named as Digital Director in Jill Biden’s office.

So we have Kamala Harris as VP and all these Indian faces in the White House. Could it get any better? And who are those who are questioning the trajectory of India-US relationships in the post-Trump world?

The funny thing is, all these Indian-Americans, most anyway, would do the bidding of Biden-Harris in coming years. The words on Kashmir would be more vitriolic, the Citizenship Amendment Act (CAA) would be roasted everyday  and the farmers’ protest would find a new echo in their Human Rights charade.

Gone would be the days when Trump refused to be drawn into internal affairs of India, or mutter something like Barack Obama who abused his invitation to be the chief guest of our Republic Day and showed “concern” on minorities and religious freedom.

There would be no appreciation that the Modi government has removed the anomaly of Article 370 and bound India into one constitution by integrating Jammu and Kashmir sans its “special status.” That those long-languishing  without rights are to be lawful voting citizens of India. Domicile and residentship knots are loosened, hopefully, forever.

Now, India would be offered technological help by bending it on its internal issues. Biden has rode on the agenda of integrating immigrants, black and Latin Americans. He won’t let go the bone on India too. The new turn on cow-slaughter and love-jihad resolutions are further grist to this unholy mill.

It might not happen overnight as Biden-Harris settle on to their chairs. But soon enough India would face this irritant on its domestic and foreign policies. The US is unlikely to be a spectator as India buys S-400 missiles from Russia. It won’t just be a slap on wrist under the Countering America’s Adversaries Through Sanctions’ Act (CAATSA). It’s also unlikely to encourage multinational corporations to shift its base from China to India. That small window of hope which was kindled by anti-China sentiments during Covid-19 mayhem, in final months of Donald Trump, is slowly being shut. India would also find its arm twisted in signing the Comprehensive Test Ban Treaty.

Biden, after all, is Obama 2.0 for India. It could mean that Trump years were nothing but an aberration. But then Modi-Shah aren’t the ones to budge easily: And so the friction is foretold.