Three-Nought-Three Moment for Omar: To stay or quit politics 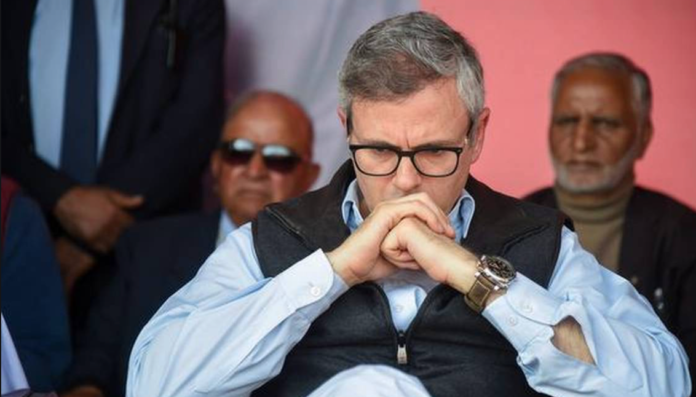 National Conference (NC) dynast Omar Abdullah is not sure whether he wants to continue in politics any longer. This dilemma, to be, or not to be, is something that is rooted in constitutional changes initiated on August 5, 2019. Till then, most commentators were saying that he will be the next chief minister, as and when the elections were held in Jammu and Kashmir.

On June 18, 2018, when the BJP withdrew support to Mehbooba Mufti’s government, there was a lot of backslapping in the NC. It was surmised that with the People’s Democratic Party (PDP) becoming virtually an untouchable for the BJP overnight, the NC stood to gain substantially. It was projected as the party which will be calling the shots in the times to come.

Instead of dissolving the state legislative assembly, an option he perhaps had, Governor Satya Pal Malik kept it in suspended animation. At one time, it was said that an alternative government under Altaf Bukhari may be formed. Next came the speculation that the BJP may prod Sajad Lone to form a government.

For a long time, excitement remained in the air of uncertainty that prevailed but no clear winner emerged. During this period, the PDP got weaker with many legislators quitting it and joining other parties. Most of those who left the PDP at that time joined Sajad Lone’s People’s Conference (PC), or the NC.

Next we saw Modi win a decisive mandate winning 303 seats in the Lok Sabha in May 2019. It really proved to be a Three Noughtt Three moment for J&K soon. On August 4, 2019, evening, worried NC, PDP, PC and other Kashmir-centric parties came together and declared that nobody could touch the “special status” of J&K. The same night, all of these leaders saw themselves incarcerated at different places.

A day later, on August 5, Union Home Minister Amit Shah moved a Bill to remove Article 35 A from the Indian Constitution. This was the article that was the soul of Article 370, which also was restated. What Farooq Abdullah, Omar Abdullah, Mehbooba Mufti, Sajad Lone and others said the Modi dare not touch, was removed in a span of little over 24 hours on August 5 and 6, 2019.

Omar headed a National Conference (NC) and Congress coalition government from January 2009 to late 2014. At that time, he was the most powerful CM in the entire country, with J&K being the only state with a constitution of its own. He had direct access to the then Prime Minister Manmohan Singh, as also United Progressive Alliance (UPA) Chairperson Sonia Gandhi.

The sensibilities of the local Congress unit were easily trampled by Omar. Before him, Mufti Mohammad Sayeed had scant regard for Ghulam Nabi Azad, or Saifuddin Soz, and others as he rode to CM-ship in November 2002. Mehbooba Mufti had little or no use for local BJP leaders as she headed a PDP-BJP coalition government. She preferred to deal with Shah, Modi or Ram Madhav, who acted as BJP pointsman in J&K.

After the bifurcation of the state into two Union Territories (UTs) of J&K and Ladakh, Governor Malik left. Technically, the post of Lieutenant Governor is lower in matters of protocol than that of Governor. In real terms, the LG of J&K Manoj Sinha now has powers far beyond Malik. He is perhaps the most powerful LG in the entire country.

In the new dispensation, police has been taken out of the ambit of powers of the CM of J&K. The new CM will have no control over General Administration Department (GAD), the Anti Corruption Bureau (ACB) and some other organisations of the government. Anyone who becomes the CM under these conditions will be a very, very weak CM as compared to the wide powers that Mehbooba or Omar have enjoyed once upon a time.

Given this, it comes as no surprise that Omar faces the dilemma of quitting politics which he has pursued for over two decades now. It is unlikely though that he will be allowed to fade away from politics by his supporters. Many of those who watched him speak to Karan Thapar about his heart being not in politics right now, can understand where it is coming from.

Even if the NC wins, and Omar becomes the CM of J&K again, a UT as opposed to state earlier, he will be a pale shadow of his earlier avatar. He will have to work with IAS and IPS officers over which he will have little control and who will be answerable to LG, and not CM.

Incidentally, he is the third generation scion of the powerful Abdullah family which has been in the forefront of J&K politics since 1931, nine decades and counting! Whether in power, or out of it, the Abdullahs have shaped it’s politics all these years. Seriously, is it possible that Omar will walk away from politics now? Even he may not have a clear answer to that.