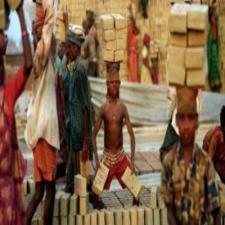 Times of India leases out its editorial pages to entities who would struggle to find a byline in a Bareilly school magazine. Shobha De, Twinkle Khanna, Aakaar Patel are pits which readily come to mind. Sagarika Ghose can’t write a line with integrity. Then there are those like Swaminathan S. Aiyar who are gripped with amnesia as they enter into their 80s. These fossils and left-overs do show the Old Lady of Boribunder of its age.

Aiyar in an edit piece today (December 23, 2018) makes an assertion that Vijay Rupani, the chief minister of Gujarat, wants new projects to hire at least 80 percent of their workers from within the state. This he mentions in an attempt to show CM Kamal Nath isn’t alone in gunning for UP and Bihar migrants in his state of Madhya Pradesh. The only trouble is:  Rupani’s exact words in Vibrant Gujarat Summit last month read so: “We hope that the private sector provides 80 per cent of jobs to the locals.”

So, this is no government ordinance. No diktat. Only a nudge to private sector players. But Aiyar would make us believe that it’s a Gujarat government policy. It’s a deliberate mischief. Like the one he did on Sardar Patel as a flawed hero, not a unifier of India, in a piece last month. Ashok Malik, my former colleague in Times of India, and now a press secretary to the President of India,  tweeted it to be the “most intellectually dishonest pieces I have read in a long time. “ You don’t have to read these pieces to know that he is Mani Shankar Aiyar’s elder brother enthralled with the Congress.

Aiyar then gets factual on the attacks on immigrants in Gujarat earlier this year after one of them is held accountable for a rape of a toddler. He won’t tell you though that it was a spontaneous outpouring of the masses and not the Gujarat government’s doing.  Aiyar ends his piece with the words: “Today Gujarat is going the Shiv Sena way. This is just not immoral and unconstitutional. It may also be political suicide. UP and Bihar have 130 parliamentary seats against only 26 in Gujarat. The BJP’s new stance in Gujarat implicitly blesses the attacks on north Indian workers. That can lose Modi far more votes in UP and Bihar than it gains in Gujarat. That will be just deserts.”

Aiyar needs be told that Gujarat today has zero level of unrest and is considered an ideal state for immigrants.  While employment exchange data shows 60 and 40 lakhs unemployed in West Bengal and Kerala, it’s only 5 lakhs in Gujarat.

This is not to discount the larger disquieting image of migrants issues in other states of the country. UP, which has or 25 per cent of it’s population of 20 crores living below the poverty line; and Bihar with nearly 44 per cent of it’s 11 crores below the sustainable level are subject to hostility when it’s people migrate to other states. Most of them are seasonal migrants, finding succour in diverse sectors such as construction, hotel, textile, manufacturing, transporation, services, domestic work etc.

The cities we live in are built—and sustained–on the hard labour of these migrant workers. But they never figure in the designs of architects. The political class discounts them for they don’t count as votes. Trade Unions don’t stand up for them. Urban planners have no space for them on their spreadsheets. Census data every 10 years go completely off-mark on their numbers. Low-paying, hazardous and informal jobs are their fate. Health services are non-existent for them.

The Indian Express of today has a story about an Odisha migrant worker who suffered an acid attack by his employer of a brick kiln in Vishakapatnam in Andhra Pradesh. The employer allegedly targeted migrant’s face and neck during an altercation over wages.  Wages, physical abuse, deaths are real issues for these migrants. Most live on factory premises and thus subject to a 24-hour work roster. Legal disputes in unorganized sector are a hopeless cause.

The way out again is an example emanating out of Gujarat. Aajevika Bureau, through its Shramik Sahayata evam Sandharab Kendras (3 SKs), provides registration and photo IDs to migrants which is useful in emergencies and KYC at banks. Legal education, counseling and mediation is made readily available. On-the-Job training is provided for. It runs primary health clinics—Amrit—and crèches for migrant children.

India’s migration story is not big today—only 1.06 per cent of India’s population do inter-state migration. But greater prosperity will bring greater mobility in very near future. The 100 Smart Cities Mission launched in 2015 needs to address the issues of these poor and marginalized. Smart solutions are not smart if they don’t account for helpless, destitute migrants on our roads. And politicians? Please shut up.