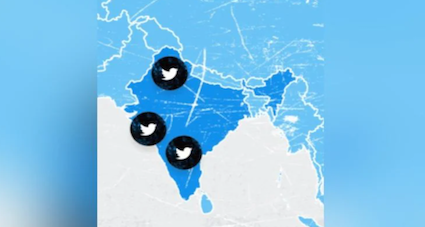 Micro-blogging platform Twitter has once again shown a distorted map of India on its website. The map shows Jammu and Kashmir and Ladakh detached from the country.

The map of Jammu and Kashmir, as well as Ladakh that appears on the ‘Tweep Life’ section, detached from India. While Ladakh has been shown as a part of China, J&K is depicted as an independent country.

This comes even as the Ministry of Electronics and Information Technology had previously written to Twitter CEO Jack Dorsey reminding him that both Ladakh and J&K are ‘integral and inalienable parts of India, governed by the Constitution of India’.

Moreover, it had stressed any attempt by Twitter to disrespect the sovereignty and integrity of India, which is also reflected by the maps, is totally unacceptable.