US bans oil imports from Russia: Was minimum anyway 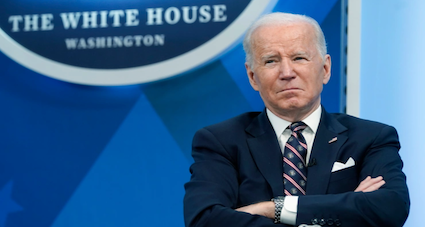 In a massive development, United States President Joe Biden decided to ban Russian oil imports, toughening the toll on Russia’s economy in retaliation for its invasion of Ukraine on Tuesday. The US used to import Russian oil, but was not highly dependent on the country for its supplies, with Mexico, Canada and Saudi Arabia also supplying.

In 2021, the US imported an average of 209,000 barrels per day (BPD) of crude oil and 500,000 BPD of other petroleum products from Russia, according to the American Fuel and Petrochemical Manufacturers trade association. This represented three per cent of US crude oil imports and one per cent of the total crude oil processed by US refineries.

The decision of US to ban oil imports from Russia comes hours after White House Press Secretary Jen Psaki said, “No decision has been made at this point by the president about a ban on importing oil from Russia, and those discussions are ongoing internally and also with our counterparts and partners in Europe and around the world.”

It is pertinent to mention that the US and other Western nations have imposed a series of sanctions on Russia after the Kremlin leader Vladimir Putin announced the “special military operation” on February 24.