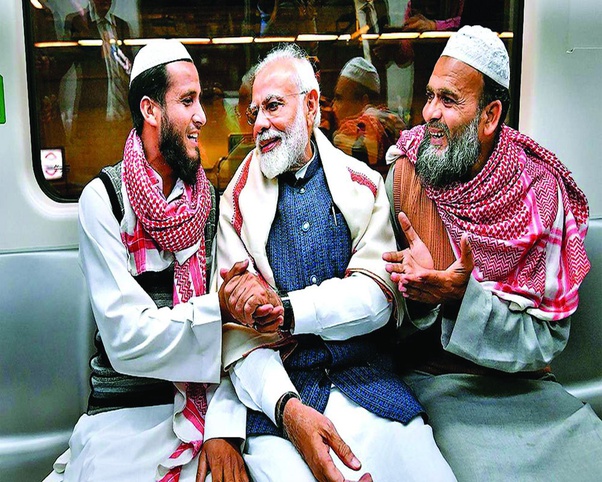 I am an Indian Muslim who read with interest the report of US State Department on international Religious Freedom this Friday morning.

The report, in case it has missed your due attention, draws generously from media and NGO reports in describing the state of Indian minorities in the wake of Citizenship Amendment Act (CAA), rearranged contours of Jammu & Kashmir, the Supreme Court’s ruling against restoration of demolished Babri Masjid on its original site, inflammatory public remarks by Hindi officials, including from the BJP, and “religiously inspired mob violence, lynching and communal violence.”

The US State department has passed this report to US Congress and repercussions could include economic sanctions against India though the Indian Ministry of External Affairs (MEA) has made light of such venom and questioned the locus standi of US government on India’s internal matters. More or less a similar indictment and India’s dismissive reaction had occurred last year.

There is little denying there are many in India who would hold it as a proof of persecution of Muslims in India. There would be a bigger number though who would disagree with such an assessment, especially where the US State Department has viewed it as complicity of the Indian state. It’s breathless in compiling the data which is almost an assault on Indian state.

If the Indian state was this repressive, a number of federal states wouldn’t have been able to pass resolution against the CAA in their assembly sessions. The semi-autonomous status of J & K had only a temporary provision in the Indian Constitution. That Babri Masjid was built on a Hindu temple is a truth revealed in the excavations of Archaeological Survey of India (ASI). India’s media could and does report without looking over their shoulders. Besides, India’s judiciary still elicits deep respect in upholding the pristine values of Constitution.

I find it preposterous when suggestions are made that CAA is intended to disfranchise Indian Muslims. There is no such mention in the Act. Indian state, on multiple forums, has allayed such fears. The Act was passed in both houses of the Parliament which represents a country of 1.35 billion people. Besides, there is judiciary to take a call on the matter. If the US State Department report finds speeches of Hindu leaders inflammatory, and ignores the open provocation of “aar-paar” (Do or Die) call of a certain Congress leader, it does smack of bias and not neutrality. When it objects to renaming of a few Indian cities, it conveniently overlooks the pilgrimage Ayodhya and Prayag have been to over a billion Hindus over centuries.

As an Indian Muslim, I have often wondered if the people of my faith are in peril in India. Has the Indian state discriminated in its welfare schemes or held back water, cooking gas, medical aid, housing or toilet subsidies? Does the direct transfer of cash to poor make a preference on one over the other? Isn’t a major chunk of funds under the Minority ministry come the way of Muslims’ education, marriage or Haj subsidies? Don’t they have right over their madarsas or mosques? Don’t Muslims have the right to propagate their religion? Isn’t Sharia Law still not under the constitutionally-mandated Uniform Civil Code (UCC)? Has the abolition of Triple Talaq been bad for our daughters, sisters and mothers?

The US State Department report makes much of rearranged status of Jammu and Kashmir or that internet is still not fully operational in the Valley. But did the artificial wall of Article 370 help or hurt the Kashmiris. Did it give young Kashmiri girls the freedom to choose their grooms from other states without losing their proprietorial rights? Is it alright if the failed measures of last 70 years continue only to perpetuate the dominance of a few regional dynasties?

All this escapes the attention of US State Department Report. Or the fact that the scar of Partition is a reality. Or that my Hindu brothers and sisters, at some point, would seek their roots, suppressed as they have been for over a millennium. It isn’t necessarily an anti-Muslim position.  Indian Muslims, dare I say, are more privileged and in happier position than even in Islamic countries.

The US State Department report is vindication of a particular viewpoint without the necessary balance of seeking the opposing stance. All it would do is to perpetuate a self-seeking association where both the Report and Media/NGOs would feed each other in an unholy alliance. None of them would reflect that this young nation has held elections without interruption in its few decades of independent existence and is a model democracy which could shame, dare I say, even the United States.

I would say the piece in The Organiser on Aamir Khan is a little over the top. To see a method in his movie-making...