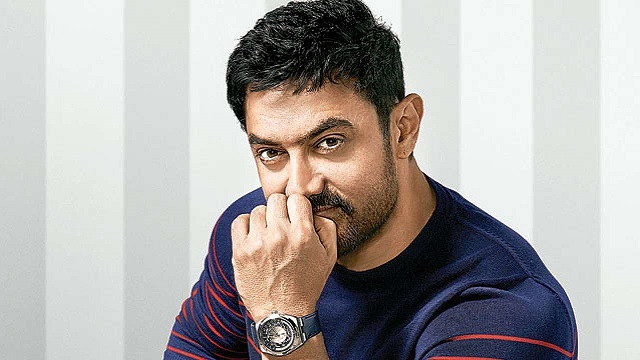 I would say the piece in The Organiser on Aamir Khan is a little over the top. To see a method in his movie-making all these years is shoe-horning a bias perceived. The Bollywood star is a much-lauded actor across divide in India.

Aamir also hasn’t put commercial success ahead of his creative urge. A few of his movies were hugely unconventional—“Lagaan” and “Taare Zameen Par” for instance. They didn’t have any of the formula which is considered essential for a potboiler.

And even if Aamir yearns for commercial success, he is only being human (no pun here). There’s a lot which rides on a movie, not just actors but financiers and institutions etc too who fund a movie. Nobody should celebrate if they were to go bust. I also remember Aamir shuns filmi awards and finds them choreographed.

I also don’t think a visit by him to the first lady of Turkey ought to ruffle feathers at home. Yes, Turkey is hostile to us and its president Recep Tayyip Erdogan goes out of his way to spite India but it isn’t as if the two nations have broken off diplomatic relations. Both are G-20 nations and the bilateral trade is nearing $10 billion.

Aamir is also criticized for wishing China a speedy recovery from Covid-19 pandemic. It’s being said—though not in the piece—that Aamir has made hundreds of crores in China in movies such as “Dangal” and “Superstar” and that it wouldn’t have been possible without the encouragement of the dictatorial Communist party. Apparently Aamir has accounts in social media platforms of China which has over a million followers. Yes, he has been a brand ambassador of more than one Chinese products. But frankly, it doesn’t make him anti-Indian. India is still part of BRICS and SCO and sits on the same table as China.

The piece questions Aamir for reserving subjects in his “Satyamev Jyate” to feed Hinduphobia. There were episodes on Dalits and dowry etc but why not on Triple Talaq, Nikah Halaala etc? All I remember though is that Aamir’s Paani Foundation was said to be commendable in attending drought-hit Maharashtra.

It would trouble me though if Aamir can’t catch the headwinds of India’s enemies. I don’t expect him to pick cudgels on behalf of historical masterpieces which are being turned into mosques in Turkey. But he has been around enough to understand that Turkey wants trouble in India. And he shouldn’t be seen to be a pawn in the game.

It does look that Turkey is now swooning on Bollywood even as it blows hot on India. And it’s not because Turkey thinks Bollywood would promote tourism. Turkey is looking to control propaganda through Bollywood. Even if it isn’t, the assumption fits the profile of Erdogan.

Erdogan would love if Indian muslims were to rise against its own elected government. In a manner of speaking, he begins his day with Kashmir and ends with anti-CAA rants. He would love such an uprising. It would promote his cause to be seen as Caliph of the Muslim world.

Now that underworld’s money and muscle in Bollywood is under sustained attack, Erdogan’s Turkey is preparing to fill the vacuum. If Aamir is a tool, he shouldn’t be one. If he has been neutral on CAA and Jammu and Kashmir, he similarly should appear above the board with Erdogans.

I wish this piece wasn’t published in Organiser. I have been an admirer of Rashtriya Swayamsevak Sangh (RSS) for its discipline, work in interiors and nationalistic ethos. But this article in their mouthpiece makes them appear communal. A reasoned article carries its own conviction. But this piece to me is hysterical. Aamir must get a stick when he deserves. He might have natural proclivity towards Islam and its adherents. But that’s not Hinduphobia. Similarly as RSS’ bent towards Hindus don’t make them anti-Muslims. You can’t defend one and attack the other on same grounds.

If anything, RSS should distance itself from this piece in its mouthpiece against India’s most admired actor.

I would say the piece in The Organiser on Aamir Khan is a little over the top. To see a method in his movie-making...