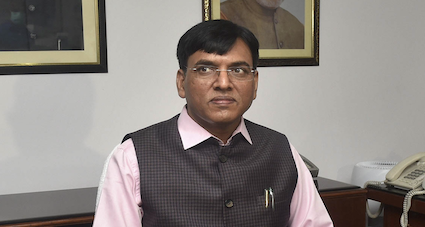 He had added that the Bharat Biotech Covaxin vaccine and the Zydus Cadila vaccine for children may be available soon and that Zydus has completed its trials, it is most likely to be launched in September.

Last week, All India Institute of Medical Sciences (AIIMS) director Dr Randeep Guleria said the trials of Bharat Biotech’s Covaxin on children were underway and the results were expected by September. He also confirmed that AIIMS will start the second dose trial of Covaxin in 2-6 year-olds this week.

On May 13, the Drugs Controller General of India (DCGI) had given the nod to phase-2/3 trials on children ageing 2-18-year-olds

Experts also suggest that vaccinating children will be a significant step in breaking the chain of transmission of the deadly virus, and the government can also think about reopening schools across the country amid warnings of a possible third wave of the pandemic.

He further stated that India is on its way to becoming the largest producer of vaccines as his Ministry would expedite more licences to Indian companies. He also spoke about the government’s efforts to fight Covid -19 and ramp up vaccination.

According to the Union Health Ministry, the active caseload has dropped to under four lakh and stands at 3,98,100; and the total recoveries have surged to 3,06,21,469.