Vienna attack: Austria shuts down a mosque, warns others could be shut too 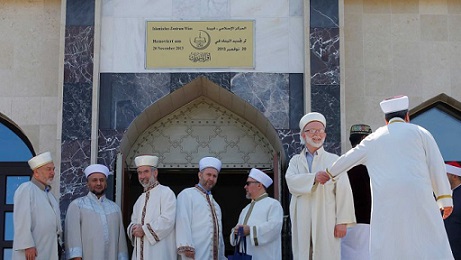 Days after Austria capital Vienna became the centre of a Islamist terror attack, the top Austrian authorities have decided to shut down a mosque and an Islamic association handled by the terrorist.

The decision came after a 20-year-old Austrian Macedonian, Kujtim Fejzulai, a supporter of the Islamic State terrorist group went on a deadly rampage in the Austrian capital on Monday night, killing four. The attacker was shot dead by police.

As per the reports, the authorities are shutting down two in Vienna as it suspected that these institutions had played a major role in radicalizing Fejzulai.  The two mosques are identified as Melit Ibrahim Mosque in the Ottakring district and the other one is Tewhid mosque in the Meidling area.

Interior Minister Karl Nehammer said, “We are dealing with a violent perpetrator who was evidently intensely involved in the network of political Islam, of sympathizers, who took on their ideology”

The ministry further said if the government found any other mosques to have links with radical Islamists, they will pass the orders of closing them as it can become a threat to national security.

The Austrian police have so far arrested 15 people in relation to the terror attack and it was confirmed by authorities that these 15 people were part of the Islamist scene in the country. Out of these, seven of them have criminal convictions, and four among them were convicted for terrorism charges.