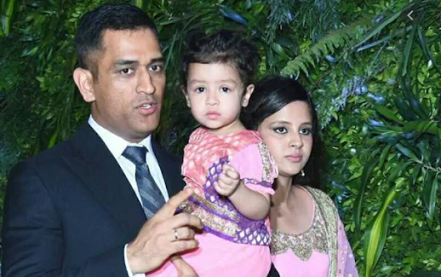 Social media has given a platform to anyone and everyone to express their ideas and views but certainly, people have failed to draw a line between what’s wrong and what’s right.

Soon after that, the threats created a massive outrage on social media with people from all quarters denouncing such behaviour. These accounts are being reported for the use of abusive behaviour against minors and women.

@yaifoundations @AhmedabadPolice @GujaratPolice @CMOGuj Please take immediate action against Vijay Gadhavi from Ahmedabad for giving threats and passing an inappropriate comment against @msdhoni & @SaakshiSRawat daughter. These kind of people are dangerous for the society. #IPL pic.twitter.com/Z0fKMKnKVK

Targeting his daughter for a loss is a despicable act and the kind of obnoxious comments expose how we, as a society, are at a very low level.

This is not the first time when players have to face extreme reactions. There have been several incidents earlier also where fans have outraged after the Indian cricket team has lost any match. But this is a new low and such vile creatures need to be brought to book by authorities.