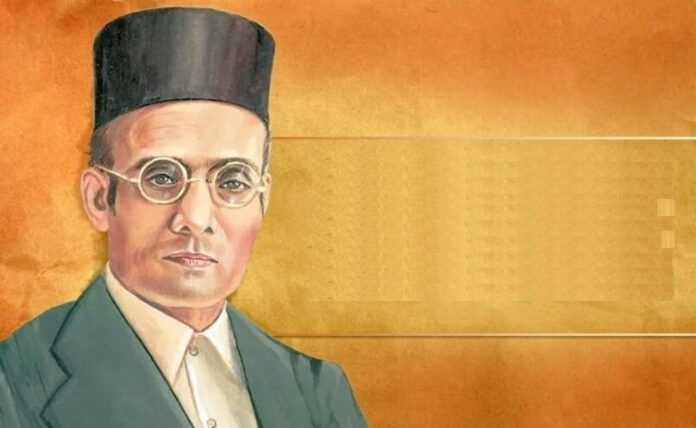 (There is much heartburn on Bharatiya Janata Party (BJP) putting forth its resolve to grant much-maligned Veer Savarkar with Bharat Ratna in the near future. Vaibhav Purandhare, author of “ Savarkar: The True Story of the Father of Hindutva” gives his perspective on the matter in a recent article in Times of India which is reproduced below with gratitude)

By wholeheartedly endorsing his party’s idea of giving Vinayak Damodar Savarkar or Veer Savarkar the country’s top civilian honour, PM Narendra Modi has made absolutely clear his—and his government’s—resolve to replace the old Nehruvian idea of India with that of the Hindutva icon.

Does that mean the end of secularism or equal respect for all faiths, that long cherished idea of Indian republic? Well the opposition or the dominant “Left-secular” commentators would say it does. But their contention is vigorously disputed by the BJP and Savarkar’s other admirers, who say that it actually signifies the collapse of pseudo-secularism and the advent of genuine reverence for all religions as against the cruel and rather unfunny caricature that the term “sarv dharma sambhava” has been reduced to.

And it has Savarkar to quote for it. At length. After he became the president of the Hindu Mahasabha in 1937 and began explaining at mass rallies his theory of Hindutva, Savarkar was asked if a Hindu Rashtra, as conceived by him, meant Muslims would be reduced to the status of second-class citizens. No, he said, it meant simply that “pseudo-secularism and Muslim appeasement”—both terms later popularized by L.K. Advani in the 1980s and 1990s—would have no place in the new India. The one-time revolutionary who had spent a decade in military confinement in the Cellular Jail on the Andaman Islands—the worst prison or Guantanamo Bay of the early 1990s—was categorical that Hindus would not have any special position in the Hindu Rashtra; instead, “one vote (per person) and one law” would be the regulating principle of national life, but unlike the policies allegedly practiced by Pandit Nehru’s government, Hindu refugees of Partition would have the same umbrella of security as Muslim refugees (Sardar Patel and Nehru’s fellow UP-ite PD Tandon were among those who felt the first PM of free India was discriminating against Hindu refugees), and India would abjure Gandhian notions of absolutist non-violence in favour of military preparedness and alertness that would thwart any attempt to disturb the country’s borders. Savarkar spoke openly against the Nehru-led establishment’s professed ideals of non-alignment and disarmament, not because they were undesirable but because, according to him, the surest way of keeping peace was a readiness for confrontation.

The stripping down of the one-time Nehruvian consensus and implementation of a Savarkar-ian vision, it could be argued, is already well under way. If the law to ban triple talaq is protected as the end of the “appeasement era,” the embrace of Hindu symbols, right from Modi’s performance of an aarti in Varanasi to his Himalayan cave sojourn before the Lok Sabha eections earlier this year, is indication that there will be an unreserved recognition of the Hindu underpinnings of Indian civilization. The revoking of Article 370 and 35A is elucidation of Svarkar’s “one nation one law” idea and the Balakot airstrikes and the post-Uri surgical strikes the kind of display of military strength the Hindutva hero would’ve much appreciated.

For the Modi regime, a Ram Mandir in Ayodhya, followed perhaps by a Uniform Civil Code would equally be in keeping with Savarkar’s vision of an unapologetic Hindu-ness as the genuine guarantor of secular interests, just as the moon and space missions would reflect his desired push, without any attendant rituals of course—for an embrace of science and technology.

Besides, according to Savarkar’s 1921 tract on Hindutva, those who did not consider India their “pitrubu” and “punabhu”—fatherland and holy land—could well find themselves beyond the ambit of Indian nationhood. So factor in the Citizenship Amendment Bill and the National register of Citizens as well.

SavarkaBharat Ratna posthumously above all, would tick off an all-important point on the BJP’s agenda—of bringing into this spotlight key personalities linked to the freedom movement who were for long overshadowed by the Nehru-Gandhi dynasty. Savarkar’s ideas are a part of government policies, the Bharat Ratna would be his formal anointment as the Modi’s government’s lodestar.