What’s so great about RS seat to Gogoi which is giving ulcers to Left-Liberals? 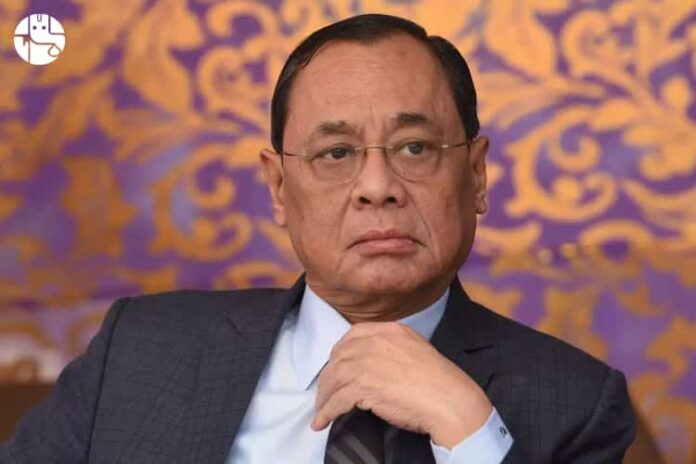 Frankly, what kind of nincompoops we have in our public discourse.

Indian Express is jumping up and down on Ranjan Gogoi, former Chief Justice of India, having taken up the Rajya Sabha nomination by the President, Ram Nath Kovind.

It’s like a barking dog which hasn’t pissed for two hours and is scratching at the exit door.

Express has scavenged its own plate of former lawyers and judges who have a hangdog expression of a mongrel in claiming arbiters (judiciary) would now be seen in bed with the litigant (government).

(In a separate story, this rag typically distorts an old Gogoi exchange with a lawyer. Gogoi had asked the lawyer if he believed post-retirement jobs is a scar on judiciary. Express puts it as Gogoi’s own views!!! Do click this hyperlink and mark the difference between the headline and the text.)

For god’s sake, what’s Gogoi’s crime? How does it fit the punishment he is getting at the hands of mockingbirds?

Shekhar Gupta, like a devil quoting from the scriptures, finds it morally repugnant on his website. Should we even bother what the cocktail-couple Rajdeep Sardesai and Sagarika Ghose think about it? Or second guess what shows up on the twitter timelines of Yogendra Yadav and Prashant Bhushan?

Would somebody ask these hopeless creatures how does a Rajya Sabha seat benefit a former Chief Justice of India? Does he get more money than he would have otherwise as post-retirement benefits? Does he get more in terms of travel benefits which a senior citizen in Makkhiganj gets by way of routine? Is a salary of Rs 16,000 such a lolly?  Is it worth your time to spend time in a branch of legislature where you could be flanked by illiterates?

Want to know his daily, dearness and travel allowance? The sum he would get for office-expense? The free telephone calls which would be his privilege? Click this link and quarantine yourself in a fortnight of shame. Just ask yourself what could have goaded Gogoi to accept the Rajya Sabha offer when he could have easily put his feet up and basked in the afterglow of his Ram Temple judgment? How big is the perk of a Rajya Sabha seat for a former Chief Justice of India?

A Manmohan Singh to this day, with bypass surgeries and all, thinks he could contribute at 88. ( Some loyalties don’t come with expiry dates). A Yashwant Sinha still can’t live without the limelight. The legal legend, K. Parsaran is busy with Sabrimala after Ram Temple at the tender age of 92. Why this nation would like to lose out on a living authority on law and Constitution in Gogoi? Wouldn’t it prepare our legislatures to be Constitutionally correct in passing a contentious bill?

Could you guess who were Franklin Roosevelt, James Madison, John Quincy Adams, Woodrow Wilson, Bill Clinton or Barack Obama before they became the president of the United States? Or Clement Atlee, Tony Blair for United Kingdom? Lawyers, of course. Why their legal stances didn’t come in their way of vying for White House or 10 Downing Street? How come no barb comes the way of Kapil Sibal and Abhishek Singhvi who take sides on “religious” battles while remaining stalwarts of “secular” Congress?

Just think. How many would be more worthy than Gogoi to be in Rajya Sabha? What does he gain by way of money or power or prestige? Would he be remembered in annals as a legal light or a member of parliament? Why would he open himself to ridicule in such a polarized society? To hear and read nonsense from imbeciles? How is it “copulating” between judiciary and legislature when the man is in no position to influence the former or to be the casting vote on the latter?

It would also do us no harm to know of Gogoi’s background. He belongs to a royal family from his mother’s side. His father was once the chief minister of Assam. Power and money isn’t new to him. He was born into it. Adulating heads he would’ve seen from the very first day of his life. And now we are supposedly giving him “nirvana” with a Rajya Sabha seat. No shit, Sherlock.

And how does Narendra Modi gain in influencing Gogoi’s presence in Rajya Sabha? Wouldn’t he be better off in choosing a yes man than one who could intellectually be a problem? Why to convey even a hint of suspicion on Ram Temple judgment? Well, of course, unless Modi thinks that our Parliament could do with the presence of such a luminary.

This is the level of discourse India is reducing itself to these days. A few newspapers and crackpots are its’ Pope. Throw them out in the first sewer you find on our roads. A few deranged are telling you to take leave of your common sense.