Who runs cricket in this country? Or is it a rich man’s club with fans outside the door 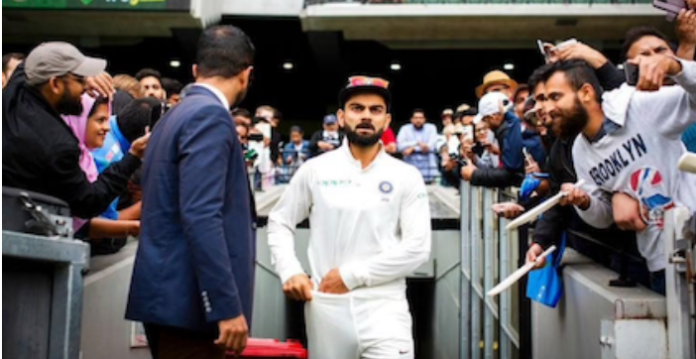 We could say that Indian players have led to the cancellation of the Manchester Test. The two boards had too much at stake to do so. When the matches haven’t stopped happening in the shadow of death, and cash registers have been the guiding motive, cricket administrators would be daft to let a mouth-watering Test with record attendance slip out of hand.

It’s also reasonable to assume that players indeed are struck by the fear of pandemic. Their tests are negative but families and kids present bring its own kind of compulsion. Today’s wives could break your legs for carrying the virus home.

But then who are the players? It’s an important distinction for not all are married or carrying their girlfriends. There are a few who would jump at this breakthrough moment in their careers. There is also a hierarchy within a team, every team, and seniors are first among equals. Fishes are not supposed to upset crocodiles in the pond.

If this again is a reasonable assumption, it’s the seniors who have forced the hands of the rest for a joint stand. Board president Sourav Ganguly wouldn’t be innocent to such a situation for he himself had led many a cause—players’ sponsors in 2003 World Cup, Friendship Tour to Pakistan in 2004—in the past. A pen is furnished, a page is dusted off, and players send a pledge across to the board conveying their joint resolve.

But unlike the past, when Board could send a goodwill team to Sri Lanka in terror-struck Sri Lanka before the 1996 World Cup, or when the then prime minister Atal Behari Vajpayee could command the team to go across the border in nation’s interest, the present, IPL-fed players are masters of their own will. They are an industry in their own right.  So a Jasprit Bumrah would still give a miss to a limited overs series against England for his wedding season but not to the IPL, a Virat Kohli could excuse himself from the middle of an Australia tour for his conjugal obligations, a Rohit Sharma could announce himself unfit in the closing stages of an IPL and yet turn up for the finals and play a winning hand, a Suresh Raina could quit in a huff, a Harbhajan Singh gives a miss for personal reasons and you’d have to live with their decisions.

For it’s not fair to look for reasons you don’t know. Cricketers today are in a position to fix their priority and unlike past, your partner is likely to keep you on a short notice than provide the long rope of indulgence. So a Dhoni could skip the award ceremony of Padmashri awards; and could ignore calls of Amitabh Bachchan for it wasn’t a priority to him at the given time. To think that fans, nation, glory, superstars get precedence is a hallucination of our own, and I don’t say it in derision. We simply are not in their shoes or have a whip of a ringmaster to make them sit on a stool. They are not tamed lions either.

Be that as it may, cricket is what defines cricketers and it’s cricket which is in a big, big mess today. Big money and legal consequences await the game. Players have flown free, unchained by central contracts or the negative RT-PCR Tests, for reasons which could be as ordinary as a wife in a bad mood.

I say so because certain thing don’t add up. You can’t be fretful of Covid for Manchester and ok with what could happen in IPL. It’s not if your families won’t matter in Dubai. It’s not as Covid doesn’t await you in UAE. In the times we live, Covid is best avoided if you stay at home. Everything else is invitation to a mortal threat. People vaccinated are testing positive; masks at all times still have proved futile. You still take the risk and turn up on the field. At least you’ve done so for over a year. Why, in Sri Lanka after eight players had tested positive, India still put up a team in the field only recently. But then most of them were not superstars and scrambling for a toehold in Indian dressing room. It possibly is not the case in Manchester.

To me, the financial losses and legal issues are periphery. The heart of the matter is whether organized cricket in this country is accountable or not. Or is it merely a club of rich cricketers, richer board and men with obscene money.  We know broadcasters matter, but not if fans do. Or nation.  Next time the lip sync is done on a Jana Gana Mana before the start of a Test, I would be cynical. Very very cynical.