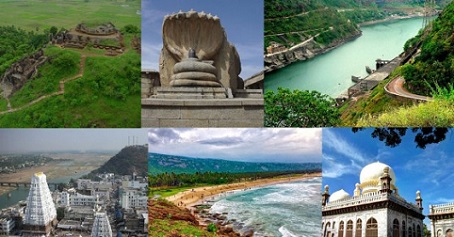 I like the way Andhra Pradesh is going about its travel and tourism vision for the next five years though I must admit what first caught my eye was a report in October itself, announcing “Blue Flag” certification to one of its beaches, Rishikonda Beach, among eight overall awarded in India.

Now “Blue Flag” certification to a beach has a lot of things going in its favour in terms of benchmark on world standards and all of it could be read here, but you sit up and take notice when a Andhra Pradesh beach gets the coveted tag and none from Goa does which to our minds is the place where the world comes to strip and sun itself.

Anyway, now I have a report in my hands, a travel and tourism document of the YS Jagan Mohan Reddy government, released on Friday, which outlines what tourism and travel could do to Andhra Pradesh, riding as it does on an India Today survey which rated the state as the most improved one in tourism in India.

The document first lists out Andhra Pradesh’s assets (second longest coastline, rivers, backwaters, hills, forests, not to forget the birthplace of Mahayana Buddhism among other cultural and heritage features) and its importance to state’s finances (7% contributor to the GSDP, employment and investment generator, and the sectors—agriculture transport, handloom, consumer goods etc—which ride on its back) and how its well-being is important for India itself (contributor of 6.8% of GDP and creator of nearly 4 crore jobs—about 8% of India’s entire workforce).

Just about when your mind begins to wander about arguably the most stressed sector during Covid-19 has been none other than travel and tourism, the document scrolls down to a nearly Rs 200-crore aid which the Andhra Pradesh government is providing to everyone associated with it—hoteliers, restaurants, tour operators, travel agents, adventure and water sports operators etc.

The state’s bureaucracy has worked out it has 900 hotels, 2500 standalone restaurants, 350 MICE and function halls and about 160 service providers which are distressed to the extent some 30% workers have lost their jobs. It further held consultation with industry’s stakeholders and listening to their grievances, the chief minister has approved a RESTART package which factors in interest subvention to help them meet their wage liabilities, fixed expenses and other distresses.

Rajat Bhargava, Special Chief Secretary, Revenue and Tourism, through whose good offices I laid my hands on the vision document, says: “This is a head-on approach by our Chief Minister to the unrelenting havoc of Covid-19 pandemic. It’s an aggressive tourism vision meant to help Andhra Pradesh tide over the crisis and realize its fullest potential.”

Coming back to the vision for next five years, Rishikonda beach and nine other beaches would have Rs 90 crores spent on them; some Rs 200 crore have been earmarked for assets of Andhra Pradesh Tourism Development Corporation (APTDC); and Rs 50 crores to allow Simhachalam come up as a major religious destination. In case the name doesn’t strike a bell, it’s a venue of Varaha Narsimha, an avatar of Vishnu, associated with the Hirnayakashyapu-Prahlada saga. Women come for blessings here for a progeny.

These other commitments in the Vision Paper which caught my eye:

There is a cute little-ending of improving inter-departmental coordination and effective implementation of vision, areas where for the lack of it, many a great schemes have remained on paper only. A written commitment serves a regular reminder to all stakeholders.

The Vision document, in its entirety, could be read here.