Why can’t other States nurture a sport like Odisha has with hockey? 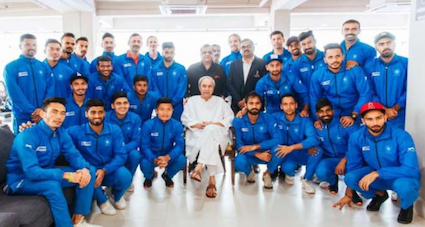 As the final whistle of the India-Germany hockey match blew, paving the way for India’s win, the country bought the Olympic medal after 41 years, marking the revival of Indian hockey. However, this dream that has now become a reality wouldn’t have been possible without another goalkeeper who supported the team off the ground.

When the Sahara group withdrew the sponsorship in 2018, the Orissa Chief Minister Naveen Patnaik stepped up and signed an agreement with Hockey India in 2018 to sponsor men’s, women’s, and junior national teams for five years. It was the same year in which Odisha hosted the men’s hockey World cup.

CM Patnaik, whose love for hockey goes back to his school days when he, as a student at Doon School, guarded his team’s goalpost as a goalie, stepped in with a Rs 140 crore deal with Hockey India.

The government bore all the teams’ expenses through this fund—for boarding, training, education, and nurturing talent. State sports minister Tusharkanti Behera says Odisha has increased its sports budget (from which the hockey teams are funded) from Rs 265 crore to Rs 370 crore this year.

The government is also building India’s largest hockey stadium to host the men’s hockey world cup once again in 2023 in Bhubaneswar and Rourkela.

It was, in fact, former India Hockey captain and BJP MP Dilip Tirkey who convinced the Odisha chief minister to sponsor the men’s and women’s hockey teams. Tirkey is chairman of the Odisha Tourism Development Corporation.

The vice-captains of both the men’s and women’s national hockey teams are from Odisha. Over the years, the state had produced stalwarts like Dilip Tirkey, Ignace Tirkey, Lazarus Barla and Sunita Lakra.

“This dream won’t be possible without the encouragement & vision of Hon’ble Chief Minister of Odisha Shri Naveen Patnaik ji, who has been supporting us throughout this journey – thank you so much sir from the team and I,” Manpreet tweeted.

Manpreet answered as to why the CM Patnaik chose hockey when everyone was choosing cricket. Why wouldn’t he? After all, that’s the game where his heart lies.

It does make one wonder what if each state adopts an Olympic sport like Odisha has done with hockey. Most Olympic sports in the country struggle for lack of funds and infrastructure. Odisha, by no means the richest state, has shown the path. It’s for others States to walk on to it.

Further, an unrelated but important point which comes to my mind: We show our players’ homes and families only after they win laurels. They remain unsung mostly in media. Looking at the images which are appearing in media, of their homes and family members, it does appear that the Winner India resides in India’s interiors. Urban youth don’t bring as many laurels as does young from India’s interiors.