Why do we not speak about the horrors of Partition? PM Modi says we should 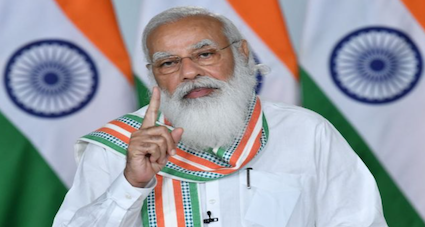 Nobody speaks of horror of the Partition anymore. The tragedy, at the creation of Pakistan, led to movements across the border after violence unleashed at the other side and which is said to have caused two million deaths.

Well, that’s until now. On August 14, the Independence Day of Pakistan, prime minister Narendra Modi ended that silence and obfuscation by institutionalising the day, asking August 14 to be remembered as #PartitionHorrosRemembranceDay.

The Prime Minister said, “The pain of partition of the country can never be forgotten. Because of hatred and violence, lakhs of our sisters and brothers were displaced and even lost their lives. In memory of the struggle and sacrifice of those people, it has been decided to celebrate 14th August as ‘Vibhishika Memorial Day’”

He further tweeted, “#PartitionHorrorsRemembranceDay This day will not only inspire us to eliminate the poison of discrimination, animosity and ill-will, but it will also strengthen unity, social harmony and human sensibilities”.

The partition was outlined in the Indian Independence Act 1947 and resulted in the dissolution of the British Raj. According to official numbers, at least 2 million lives were lost during the partition and 10-20 million people were displaced. The unofficial numbers are much higher than the official ones.

It’s an important step to refresh the memory of Indians, especially young ones, who aren’t aware of the atrocity against Hindus which happened during the Khilafat movement early in 1920s. It was a call by Mahatma Gandhi in support of Caliphate in Turkey, ostensibly to promote Hindu-Muslim unity but it resulted in tens of thousands of Hindus being killed, raped, displaced in what’s known as Moplah or Malabar Riots.

Then there was Direct Action Day in Bengal where at the behest of Mohammad Ali Jinnah, a “night of long knives” were perpetrated with again, tens of thousands of Hindus, being subjected to a similar fate as the Bengal police stood aside and let the criminals have a field day—a memory which is evoked on post-poll violence in Bengal elections of this year.

And then of course there was the Partition.

The tragedy is, such excesses against Hindus happened nearly every generation but the leaders of this country do little to stop it. And top of it, Hindus are blamed for being majoritarian and hence aggressive.

It is in this respect that it’s important that conversation around the Partition’s horrors must happen—and PM Modi has made a call in this regard.