Why India, most of Asia isn’t condemning Russia on Ukraine! 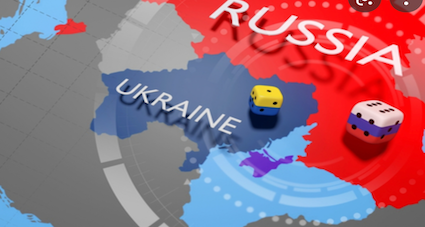 India has once again abstained from voting on the resolution to refer the Russia-Ukraine crisis to an emergency session of the United Nations Security Council (UNSC) on Sunday.

It has once again asked for “diplomacy” and “dialogue” to resolve the matter and has welcomed the decision from both sides to hold talks.

That India was not on the same page as the U.S. on the Ukraine crisis was underscored during the Quad foreign ministers meeting at Melbourne in February. Unlike the U.S., Japan, and Australia, who were strongly critical of Russia’s massing of troops along its border with Ukraine, India chose to remain silent. Their differences were significant and could not be bridged during the meeting, as was evident from the fact that the Quad joint statement made no mention of Ukraine.

Interestingly, it’s not just India—but most of Asia which is preferring to keep a neutral stance on the matter.

Forget condemning, India hasn’t even named “Russia” on its mentions on the Ukraine crisis.

Its arch enemy, Pakistan too has failed to condemn Russia’s military operation in Ukraine. Like India, they too profess to favour talks over wars on matters of dispute.

(Pakistan hopes that India would condemn Russia on Ukraine, allowing it to grow closer to Moscow. Pakistan is also disenchanted with the United States. Its president Imran Khan has often been public with his desire to work with the Biden administration. But Biden is yet to pick up a phone from Khan.)

Like India, its smaller neighbour Bangladesh is also taking the middle-of-the-road stance on Ukraine, urging “cessation of hostilities” by all sides without ascribing any blame.

Bangladesh, which owes a debt to Moscow because the Soviet veto in the U.N. Security Council made its birth possible in 1971, is likely to stick to its “friendship to all, malice toward none” foreign policy to avoid Russia’s fury.

Bangladesh’s strong economic ties with Russia are also a factor in its positioning on the Ukraine war. Moscow committed more than $11 billion to Bangladesh three years ago to build a power plant. Of an extra $12.21 billion in promised foreign aid, $4.34 billion has already been disbursed.

Foreign ministers from the 10 members of the Association of Southeast Asian Nations (ASEAN) have found time to draft a joint statement about the crisis.

The statement calls on “all parties concerned to exercise maximum restraint, to pursue dialogue through all channels, including diplomatic means to contain the situation, to prevent it from further escalation and to see peaceful resolution in accordance with international law and the United Nations Charter.”

The statement reflects the baseline of caution with which most of the region continues to approach the emergency in Eastern Europe and displays a continuing reluctance to denounce openly the aggression against a sovereign state.

Given that the ASEAN draft statement reflects a regional consensus, individual countries’ responses unsurprisingly diverge to various extents from this mean. As was the case following Russia’s initial entry into the Donbas, and following what happened in Crimea in 2014, the most outspoken nation was Singapore, whose Foreign Ministry spokesperson has stated that the government was “gravely concerned” by the Russian invasion and said that Singapore “strongly condemns any unprovoked invasion of a sovereign country under any pretext.” At the other extreme was Myanmar’s embattled military junta, which unsurprisingly described Russia’s action as “an appropriate measure to preserve its sovereignty.”

The remainder of the region has fallen somewhere close to ASEAN’s wishy-washy middle position, penning cautious statements about the need for “restraint” and a “peaceful resolution” to the crisis and rarely mentioning Russia by name. In a tweet yesterday, Indonesia’s Foreign Ministry emphasized the importance of international law and the “respect for territorial integrity and sovereignty,” adding that “the military attack on Ukraine is unacceptable.” But the statement did not mention Russia by name, and called on “all parties to cease hostilities and put forward peaceful resolution through diplomacy.”

Malaysia’s Prime Minister Ismail Sabri Yaakob said that his government “hopes that the best possible peaceful solution can be reached immediately between Ukraine and Russia, followed by a successful resolution of the said conflict.”

Cambodia’s Prime Minister Hun Sen similarly stated that the situation in Ukraine was “very concerning” and expressed his wish for a “peaceful solution.”

The Thai Ministry of Foreign Affairs expressed its “deep concern” and said that it supported “ongoing efforts to find a peaceful settlement to the situation through dialogue.”

Meanwhile a Foreign Ministry spokesperson in Vietnam, Russia’s closest partner in the region and a longtime purchaser of Russian arms, said that Vietnam was keeping a “close watch” on the recent tensions. Its spokesperson “called on relevant sides to practice self-restraint, step up dialogue efforts, and promote diplomatic measures to peacefully deal with conflicts in line with the United Nations Charter and basic principles of international law.”

Most surprising is the silence from the Philippines, which despite being led by President Rodrigo Duterte, has been outspoken, at least by ASEAN standards, about the ongoing crisis in Myanmar. A statement issued by the Department of Foreign Affairs, yesterday focused on efforts to repatriate the 181 Filipino nationals currently living in Ukraine, but made no mention of the conflict as such. The same was true of comments made yesterday by a presidential spokesperson.

So far, Laos and Brunei appear not to have made official statements about the Russian invasion.

Iit is hard to see most southeast Asian governments doing much more in response to the Russian invasion. Few, if any, are likely to impose economic sanctions and visa bans on Russian officials, or withdraw their ambassadors from Moscow. Indeed, an Indonesian Foreign Ministry spokesperson has already ruled out sanctions, saying that Jakarta “will not blindly follow the steps taken by another country.”

Certain governments – certainly Myanmar, maybe Cambodia and Laos – will see certain strategic benefits in the erosion of U.S. power and authority that has resulted from this fracturing of the post-Cold War security order.

However, there is one exception.

Nepal has so far taken the strongest position against Russia among all the South Asian nations.

“Recognition of Ukraine’s Donetsk and Luhansk regions as independent entities goes contrary to the provisions of the UN Charter,” Nepal’s foreign office said in a statement. “Nepal opposes any use of force against a sovereign country in any circumstance and believes in peaceful resolution of disputes through diplomacy and dialogue.”

It’s notable that Kathmandu took this position even though anti-American sentiment in the Himalayan country is currently running strong, centered around charges that the U.S. is trying to coerce Nepal into joining an anti-China coalition.

Unlike its neighbours, the landlocked nation of 30 million people, which is surrounded by India and China, is less concerned with Russia. Nepal’s positioning in geopolitics essentially boils down to its relationships to China, India, and the United States; Russia does not figure much in its economic or security calculus. So Nepal can afford to do what its bigger neighbours can’t.

(This piece is largely a take on various pieces which appeared in TheDiplomat).