Why Indian Express defines ‘gutter journalism’ of our times 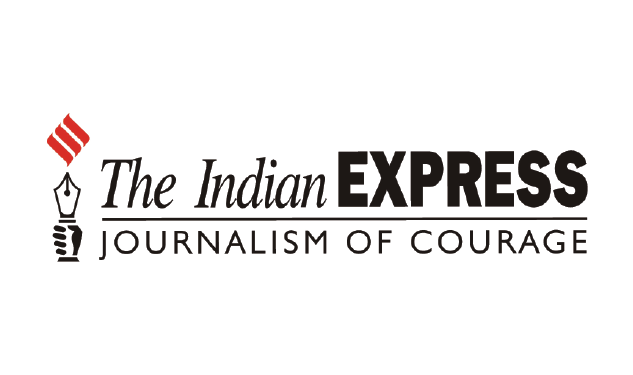 Let me say this at the outset that the headline of this piece doesn’t quite convey the disgust I feel for the kind of journalism Indian Express indulges in with a straight face and yet call itself a “journalism of courage.”

This “journalism of courage” publishes family interviews of terrorists (like they have of Shakir Bashir of Pulwama attack today) but would never have time for tears of near and dear ones of a  Ankit Sharma or Kamlesh Tewari.

In other stories on front page today, it has one on how Indonesia has called in Indian envoy on CAA as a headline.  But Express won’t headline the fact that Jakarta has expressed “complete confidence in Indian government.”

It has one headline on front page which says “10 stabbed in Shillong, toll 2 in anti-CAA unrest in state.”  The very first line in the text says the “violence believed to be related to Citizenship Act..” So the readers must treat it as a CAA-related violence even as the text only “believes” it to be so.

These examples I have quoted are of just one day, today. All on front page. Indian Express does it everyday. So bad is their track record that once I had offered Rs 50,000 in 2016 to anyone who could show me a favourable story on Hindus on their front pages. Needless to say, the offer remains unclaimed to this day.

This toxic newspaper does more or less the same thing every day: Twisting headlines, hiding texts which don’t suit their agenda, any positive story or comment by a BJP leader is inevitably deflated with the help of bytes of a Anand Sharma or Sitaram Yechury; Ghulam Nabi Azad or D. Raja; Shashi Tharoor or Mallikarajun Khadge, the usual rent-a-byte suspects. It’s editorial pages “breed” academicians and experts who peddle the Left-Liberal narrative, twisting history;  Human Rights activists who can’t see Hindus being butchered, say, in Bengal and Kerala;  former judges, election commissioners, police chiefs who were beholden to the toxic Congress rule in this country.

I would still have given Indian Express the benefit of doubt if once in a while they tried to present the other side of the narrative. How come farmers’ plight under the BJP regime is sung from the rooftop but the Madhya Pradesh government, which hasn’t honoured the farmers’ waiver promise of its manifesto, isn’t pulled up? They would use microscopic lens to highlight “lynching” of a particular community while the one of the other community is altogether ignored. How come a Congress government in Madhya Pradesh and Rajasthan doesn’t have one single story come out in its criticism. Are the readers being told that Arvind Kejriwal hasn’t done a single thing worthy of criticism in his three terms as chief minister of Delhi? A GST is criticized even though it came about with the consensus of all states and stakeholders.

To me eyes, Indian Express is bereft of any credibility today. It’s allowed to go scot-free because the inner mechanism which upholds truth and integrity of Indian media, the Press Council of India and Editors’ Guild, are so hopelessly out of shape. Dead men walking. Information and Broadcasting Ministry is wary of belling the cat for fear of its own kind.  The judiciary is all sanguine for fixing the “hate-speech” makers and “sedition” cases. But it won’t take a call on media which polarizes the communities with fake news.

As for readers, they remind me of a famous saying: “A crook appeals to the straight; guilty to the innocent.”

So readers be vigilant. Watchful. Know your responsibility. If nothing then to see where your buying rupee is going. All responsible mechanisms in this country have given such newspapers a free run. They are looking the other way. You alone can bell the cat. If your newspaper doesn’t mend, stop buying those rags.