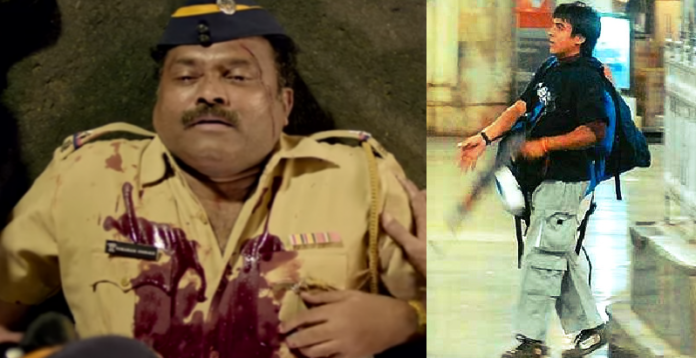 He cites three instances around the macabre 26/11 attacks in Mumbai which lasted four days.

One, that nobody remembers Tukaram Omble, a junior police officer who held the barrel of Kasab’s AK-47 on to his chest to make sure it hits only him and his other colleagues could swoop on the Pakistani terrorists unharmed.

Two, that all the 10 Pakistani terrorists were wearing red string wristbands for Hindus that Pakistan-American David Headley got for them from Mumbai’s Siddhivinayak Temple. But for Kasab’s confession, the narrative of “saffron terror”, peddled so in Manmohan Singh’s government as witnessed in 2006-2007 blasts in Malegaon, Ajmer Sharif, Mecca Masjid and Samjhauta Express, would’ve received another heavy coat.

Three, that the Kartarpur Corridor had its cornerstone laid on the 10th anniversary of 26/11. One could imagine Pakistan’s generals and politicians doubling up in mirth at Indians’ absence of memory.

I bring all this up to drive home a larger point. People don’t remember because in-your-face newspapers decide that for you. They decide what you remember and what you don’t. Often what they hide is more relevant than what they choose to reveal.

So they ensure you remember “Karkare” because Pragya Sadhvi has taken his name—and never Tukaram Omble.

That you remember Modi, Shah, Yogi Adityanad as divisive and not Omar Abdullah who has given call for two Prime Ministers in the country. Or that Mehbooba Mufti has warned “Hindustanis” they would be wiped out from the history books.

That Rahul Gandhi could lie  on the shoulders of Supreme Court for his “Chowkidar Chor Hai” agenda but you wouldn’t know a thing why Rahul Gandhi himself is on bail in the National Herald case. That Rahul Gandhi’s shady deals with evidence is in public domain; India’s finance minister (Arun Jaitley) subsequently held a press conference on the matter but not a line is to be seen in any mainstream English daily of the country.

That Supreme Court could induce “mediation” on the matter of Ayodhya but not in equally contentious “Sabrimala” issue.

That the settlement of Rohingyas is a human rights issue but not 5 lakh Hindus displaced from Kashmir.

Not  a word on same Rohingyas, at least a lakh of them, and how they are settled in Jammu when under Article 35A other Indians can’t buy property in J&K.

That stopping Bangladeshi infiltrators is a human rights issue but allowing persecuted Hindus from Pakistan, Bangladesh, Afghanistan is an attempt to erode the cultural compass of a state.

That even after helping a Muslim and a Dalit to become the President of India, BJP is an anti-Dalit party and not Abdullahs and Muftis who have refused voting rights to lakhs of  “Valmikis”, brought from Punjab on that explicit promise in 1957 to fill the post of “safai karamcharis (sweepers)” on strike.

That why RSS is a communal organization and not SDPI or PFI, identified as a terrorist network by National Intelligence Agency (NIA), and who are in alliance with Congress in Wayanad where Rahul Gandhi is contesting.

That BJP is a threat to institutions such as judiciary, RBI and CBI but not Mamata Banerjee who allows investigating CBI officers to be manhandled and forcibly kept in a police station. Or Congress who invokes impeachment of the Chief Justice of India and called the army chief a “goonda.” Or when Mamata doesn’t allow opponents to hold public rallies in Bengal.

That a police officer killed in Uttar Pradesh points to the deteriorating law and order situation in the state but spate of murders in states like West Bengal and Kerala is par for the course.

That EVMs, VVPATs or Aadhaar are a threat to people’s rights and democracy but not the lies of Congress and AAP leaders who refuse to take up the challenge of Election Commission and yet indulge in an event in London to show how “EVMs” are hackable—and fail miserably in that.

That Amit Shah’s son has made “millions” in crooked deals but the three-year-old Devansh, grandson of Chandrababu Naidu, somehow has assets of nearly Rs 20 crores and still not worth readers’ attention.

That Congress could promise “nyay” and Rs 72,000 in poor’s pockets without a single reader being told that it’s not feasible, that Congress hasn’t delivered on most of their promises in 70 years; and that Rs 72k annually to poor would be pick-pocketed from the middle class and would easily put our inflation into double figures.

Why there is no credible book on the macabre tales of The Partition?  Why the mention of Subhas Chandra Bose, BR Ambedkar, Lal Bahadur Shastri or Sardar Patel wouldn’t produce more than 50 words from majority of us? Why the torture suffered by Veer Savarkar in “kaala paani” in Andamans is no memory while Pt. Jawaharlal Nehru in “home-like” prisons was such a sacrifice? Why Nathuram Godse and his book on his trial subsequent to Mahatma Gandhi’s murder why banned for more than 20 years? Why not a single copy of Niyogi Commission’s report on the menace of “conversion” by Christians is available anywhere?  How come Kashmir Valley, which had only 3 districts to Jammu’s 6 districts, were brought on par to the extent it has 46 seats to Jammu’s 37?

One could go on endlessly. But the narrative is the same: Lutyens Media and Leftist websites work on an agenda, brainwash readers and do it with impunity because the counter-narrative—run primarily by Swarajyamag, OpIndia and NewsBred—is only recent. Unless more such forums mushroom; unless readers are questioning, until the laws of the land haul these newspapers up for their lies and manipulation, unafraid of the so-called “Freedom of Press”refuge to these miserables, Indians would continue to have short memory and the repercussions would be grave.