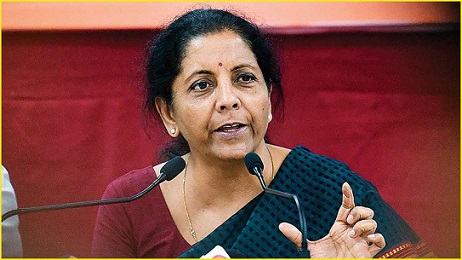 Finance Minister Nirmala Sitharaman can’t understand people who are joining protests are not outlining their reasons for it, or the points germane to the law, and doing so just for the sake of it.

“What is the value addition? If you know the farming sector so well, put forth the points which are of concern. If this is a serious concern, the minister will answer you, if not why are you there?” said Sitharaman while speaking to Republic TV.

Having said so, Sitharaman went ahead and addressed a few of the key issues which are swirling in the air.

One, she refuted allegations that the Farm Acts 2020 were passed in a hurry. She pointed out that it was the Opposition which had not allowed Union agriculture minister Narendra Singh Tomar to answer the queries in the Rajya Sabha during the Farm Bills debate. She also claimed that the several meetings took place between the Centre and the stakeholders.

“The agriculture ministry has released how many stake-holder meetings were held; these laws were done after due deliberations,” she said.

Sitharaman also addressed the misinformation being spread that private players could take over farm lands from farmers. Importantly, she said contract farming exists even in States which are under Opposition’s rule.

“Contract farming has existed in many states including the Congress-allied Maharashtra. It exists in Punjab, Karnataka, Haryana also. It was not being brought up then as a concern. What was the solution they offered? How come Karnataka farmers are not protesting against it? It is just a campaign to rake in doubts in the minds of these farmers, which is not well-founded.”

Sitharaman then made a frontal attack on the Congress government.

“What is political about farmers’ welfare? You, as Congress party, have mentioned it in your 2019 manifesto, spoke very strongly that the farmers must be allowed to export their products wherever they want.