Why Pakistan is unlikely to act against Masood Azhar 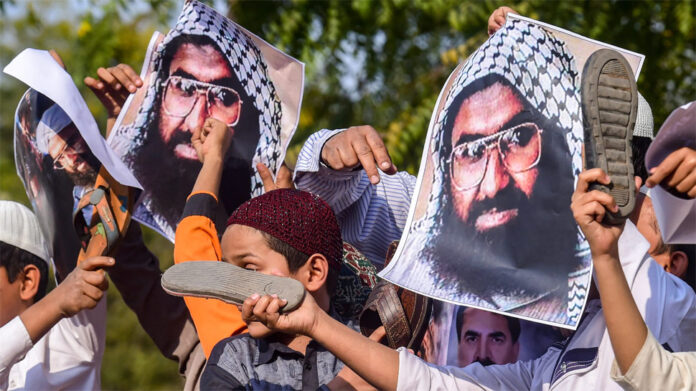 Masood Azhar is now a designated UN-sanctioned global terrorist. The enemy of India is flat on his four in the ring.

Twenty years ago, this monster was exchanged for 151 hostage passengers in Kandahar and India paid for it with the blood of its civilians and soldiers in subsequent years. Incidentally, this also is the 20th anniversary of a limited war between the two nations in Kargil which came to an end in 1999.

Azhar celebrated his release by directing his terrorist outfit, Jaish-e-Muhammad (JeM) to bomb army cantonment, just outside Srinagar, in 2000. The very next year, in 2001, JeM bombed J and K assembly which killed 35 people. The siege of Indian Parliament was carried out the same year and cost 10 lives. Pathankot, Uri and Pulwama all carried JeM’s footprints. Kashmir, in particular, was left blood-soaked as JeM operatives struck in Kathua, Samba, Jammu and Srinagar in quick succession.

Carrying the terrorist-tag around his neck would stop Azhar and JeM from opening/operating bank accounts, using Pak government’s apparatus, forging links abroad through official means etc. Their existing financial assets, funds and resources are now open to be frozen by the state. Neither Azhar nor JeM could travel abroad; arms supply is put in deep freezer.

This and much more is feasible in sucking Azhar and his terrorist outfit dry.  But in reality, little of this sort happens when it concerns terrorism and its support by Pakistan. Hafiz Saeed, the mastermind of 26/11 attack, moves freely on streets of Karachi. More than half of 22 UN-designated individual terrorists belong to Pakistan.  None are inconvenienced though. Lashkar-e-Toiba, despite the sanctions, has remained unrestrained in its operations.

This is not to say that the terrorist-tag on Azhar’s head by the world community is a small victory for Modi government. On paper, India could make a deep foray in Pakistan and kill Masood Azhar with impunity, like you do with any terrorist. Or like what United States did with Osama bin Laden in Abbotabad.

What has made Pakistan change its stance? China too has come around and dropped its revolting stance in UN Security Council against the move. The duo has faced unrelenting pressure from the world community on the matter in recent times. The recent visit of Pakistan Prime Minister Imran Khan’s to China now is seen to have played a decisive role in the two powers taking a joint stand in conformity with the world community.

So severely is Pakistan inconvenienced by debt on its head that it can’t afford to stand up to a cohesive world against terrorism. Yet in all likelihood it would bide its time. Inter-Services Intelligence (ISI) and elected governments in Pakistan are both proxy to the real power centre of army in the country.

So are the main parties in the Kashmir Valley—utterly compromised. Neither Mehbooba Mufti (PDP) nor Omar Abdullah (NC) have enthused on ban on Azhar. Mufti has ignored it altogether while Abdullah has bemoaned that it would mean a shot in the arm for Bharatiya Janata Party (BJP). Clearly terrorism from across the border has a sanctuary in Jammu and Kashmir. This tribe is unlikely to celebrate the global stricture against a dreaded terrorist.