Why you must question mainstream media 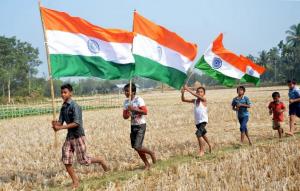 If we were to be asked whether (a) mass media doesn’t speak for common citizens; (c) is not neutral; (c) is corrupt; (d) is caste divisive; (e) is politically controlled; (f) it’s independence is a myth; most of us would say yes.

If we were to be asked if journalists such as Rajdeep Sardesai, Shekhar Gupta, Sagarika Ghose, Barkha Dutt etc are “stars” (a) because of their prose; (b) intellect; (c) knowledge or; (d) impartiality, most of us would say no.

Yet, we follow media and the “star” hacks like the lemmings which jump off the cliff. We don’t question (a) why our daily public issues are not important to English media; (b) why a clinicially/morally/intellectually “dead” Congress is being kept alive by bigger and still bigger coverage on front pages; (c) Why Communists with just 11 MPs have a bigger discourse on edit pages; (d) why a Hindu life or an issue concerning Hindu majority never makes it to front pages; (e) why animal rights issue of Jallikattu doesn’t extend to Bakrid; (f) Why an apparent “feminist” Swara Bhaskar would keep mum on Triple Talaq; (g) who foreign refugees Rohingyas are important and refugees-in-own-land Kashmiri Pandits are not; (h) why political killings in Bengal and Kerala are never front-page news; (i) why the Kashmir narrative is always against Indian state and its army despite the unspeakable loss of lives of its brave men and women.

We don’t seem to question why anti-BJP voices such as a Ramachandra Guha or Pavan Varma or Christophe Jaffrelot have edit pages reserved for them while right-wing intellectual giants such as Rajiv Malhotra and Dr. Koenraad Elst are always ignored. Why third-rate journalists such as Saba Naqvi and Kumar Ketkar are presences in our living rooms while a Madhu Kishwar or Makrand Paranjape are rarely sought.

We don’t seem to question why the mass media is like the way it is. (a) What could be its motive in being so overtly hostile to Hindu opinion and its causes; (b) is their funding legitimate or an enterprise of left-liberal mafia; (c) Or the “support” in form of funds and grants is a modus operandi of say, a CIA or a Ford Foundation.

We don’t seem to question what could be the unyielding goal of Left-Liberals and imperialist forces in trying to break-up India? Why there is such a ruthless agenda to ensure nothing good is mentioned of Hindu culture and heritage? Why there is a missionary zeal to ensure that Hindus only remember their past with a sense of guilt and inferiority complex?

Social media is bringing about a balance to this false narrative of mainstream media. OpIndia.com and Swarajya Mag have been phenomenal is presenting a counter viewpoint. My endeavour in NewsBred has an avowed aim of exposing media lies. Platforms such as Twitter and Facebook have held mirror to mainstream media and its monstrous profile.

But more vigour—and certainly more vigilance—is required from all of India’s citizens. We need more counter-narratives than just a handful. We need mass dissemination of this antidote to mainstream media. Only when most grow wise to presstitutes, would they be aware of dangers imbedded within our socio-polity fabric. And our children could expect a better, safer future.

So never drop guard; never be lazy on what’s good for you, your children and your country. Question the prevalent narrative and you would be closer to truth.

And you would’ve passed on a better India to your next generation.