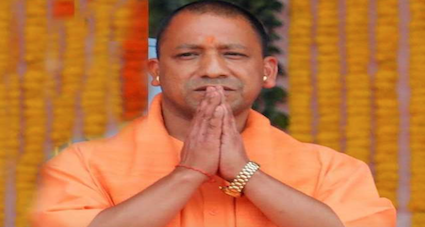 The front page lead in Indian Express for two days running, as well as in editorial, is against the  partial demolition of a house which as a nameplate had Javed M, ostensibly Mohammad Javed who police allege was the mastermind of violence in Prayagraj last Friday.

Indian Express is outraged at the bulldozer-action of local authority which it says is owned by Javed’s wife and not by the alleged mastermind as if that justifies the illegal construction.

The newspaper’s campaign is aimed to make the Yogi Adityanath administration fall foul of the judiciary as has been the attempt by Deoband-based Jamiat Ulema-i-Hind—a radical Islamic organization which extends legal aid to terrorists, be it of LeT, Al Qaeda or ISIS—to stave off a similar bulldozer action against similarly accused rioters in Kanpur.

Both Indian Express and Jamiat Ulema-i-Hind have had not a word against the rioters who damaged public property in an orchestrated outrage on remarks on the Prophet nor on public call for beheading of Nupur Sharma which ran wild against the tenets of the Constitution which they now quote to stop the Yogi government from punishing the rioters.

The Indian judiciary, having stopped the demolition drive in Jahangirpuri, Delhi recently—where again the Jamiat Ulema-i-Hind is offering legal aid to accused—could well do likewise in Uttar Pradesh, failing which they could be sure Mohammad Javed’s daughter would spew venom on our Honourables from a public platform. (Watch her in action below)

It’s a classic ploy by the anarchists who throw spanners in the functioning of a State by rendering its law and order agencies un-functional which on one hand fuels the street protests further and on another puts a country in flames, in the throes of a Civil War. With good luck, who knows a Partition 2.0 in Indian context could beckon.

Didn’t the same happen in 1947 when communal violence was orchestrated to support the two-nation theory, riding Jinnah to support from 90% of India’s muslims, creating Pakistan, well within the sanctity of a legal, Constitutional framework?

But then it’s not just Jahangirpuri yesterday or a possible Prayagraj today. Indian judiciary has been found wanting on many a instance, be it a matter of PM’s security in Punjab where it brought to a stop the action initiated by the Ministry of Home Affairs (MHA); or in Bengal where bureaucrats, political activists and Jihadists secure cover to stall any action initiated against them by the state agencies.

An argument could be made that the anarchists are encouraged by how our judiciary has screwed up its nose on the Yogi government on a number of instances, be it the asset-seize drive during the CAA protests, the Kanwariyas or Lakhimpur Kheri violence where the Supreme Court took a Suo Moto notice and has now cancelled the bail granted to prime accused Ashish Mishra by the Allahabad High Court.

By now the ploy of anarchists—stoke the streets and stall the law and order—is clear to even a child. The government and judiciary has so far been missing. But would it still be the case if the other community is roused to retaliate and our streets become free for all? Would use of batons and bulldozers could still be dispensed with? Won’t it be playing into the hands of India-breakers whose every attempt is aimed at such a discord and blood on the roads?

The Indian State might be turning a blind eye to days of burning and violence in Howrah, Ranchi, Jammu and Uttar Pradesh, the effigy of Nupur Sharma being hung from wires on a public crossing etc, but it would be foolish to lull oneself that all actions don’t have reactions. India is dangerously edging closer and closer to all-out, free-for-all. Against a handful is a majority who is losing trust in the system every passing hour.

I mean how do you look at the narrative when Nupur Sharma is described as a “fringe element” by the BJP itself while those dubbed “peaceful” are shattering your glass panes and torching your cars?

Either way, if anarchists continue to use the system and ride on compromised media and foreign instigators or the majority takes the matter in its own hand, India’s institutions would be molten into a lump what have been the pillars of our Republic so far. The government and judiciary have to be on the same page to clear our streets and run batons and bulldozers.  Or who knows they might fall out between themselves.

Take a referendum and most Indians would be happy at a pro-active Yogi against such lumpen elements. Why, one of the factors which won him a historic re-election has been his crusade against ugly elements in Uttar Pradesh. He is a rare, uncorrupted, 24×7 administrator. He has the support of people, he now needs it from the party’s central hierarchy and more so from the judiciary.

India’s democracy today is non-functioning for the peaceful billion. For how long is up to those who govern it. When a petition to stop Yogi in his tracks is made, the real target is judiciary itself: To leave it disfigured or nothing better than a tool to halt India in its tracks.

It’s anarchy vs India and so far the former is running away with the game.