A chameleon changes less colour than our own Kejriwal 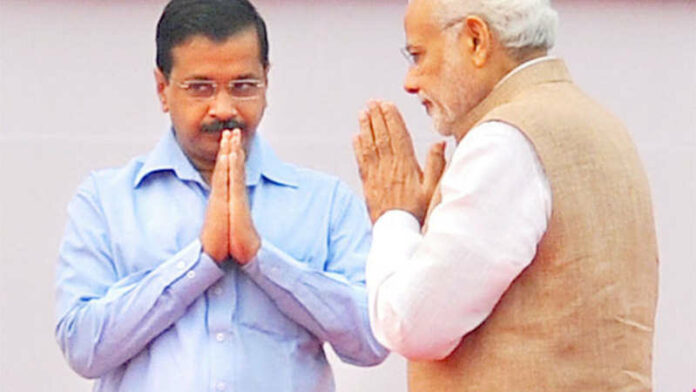 Let’s take a call on how you define Arvind Kejriwal: Principled or Opportunist? Is he for people or power?

The man who changes more colours than a chameleon does has opted for deep silence on the recent drama surrounding P Chidambaram, former Union minister.  He doesn’t want to be seen supporting an allegedly corrupt politician nor does he want to oppose the Centre which he senses has people’s support.  With Delhi assembly elections less than six months away, Kejriwal has simply ducked.

Kapil Mishra, his former colleague but now with BJP, wasn’t the one to let go the moment.  He tweeted: “Why there is such a deep silence @Arvind Kejriwal.  Are you in a spell of mourning? During Anna (Hazare) agitation, (our own) people had braved batons in front of Chidambaram home…”

But Kejriwal isn’t falling for the bait. He has shown skin as thick as an armour on taunts that he is rebuked almost daily by Congress—be it on gimmicks of buses, electricity waivers, women safety or CCTVs—which also had spurned his advances most disdainfully during the 2019 General Polls. Yet he is not rubbing salt into Congress’ wounds. Interesting!

On Friday, Kejriwal was raving about the Modi government on a public platform in the Capital.  “I hope and I have full faith that in the coming time, Centre will take concrete measures to deal with the (economy) issue…We want to assure that the Delhi government will support and help the Centre in whatever steps they take to fix the economy,” he said.

This is the same Kejriwal who had termed Modi illiterate and questioned if the prime minister understands economy at all!

Kejriwal  and his AAP was one of those Opposition flanks which supported Modi government when it tore down the contentious Article 370 and 35A  and announced the plan to turn Jammu and Kashmir into a Union territory. He probably has the votes of tens of thousands of Kashmiri Pandits in mind who are settled in his territory. The Janus-faced Kejriwal, at the same time, doesn’t allow police to persecute members of the “Tukde-Tukde gang” like Kanhaiya Kumar and others.

It doesn’t mean that he couldn’t care less about Muslim votes. His analysis of drubbing in the 2019 Polls was that Muslims had ditched the Opposition.  That’s why he didn’t say a word when a Hindu temple was desecrated right under his nose in the Capital. He didn’t say a word in condemnation nor did he visit the vandalized Durga temple in Chandni Chowk (Delhi).  He similarly didn’t vote in favour of Triple Talaq Bill in the Parliament.  Like a clever bania (trader), he must have worked out that less Muslims are bound to feel outraged about decisions on Jammu and Kashmir than the majority who would be hostile if he was to oppose abrogation of Article 370 and 35A.

Kejriwal, side by side, isn’t turning his back on Hindu votes too. He is sponsoring “religious tours” for elderly in the Capital and a willing media, fattened on his advertisements, is completely smitten.

A good gambler never spreads himself thin. You can’t hedge your bets beyond a point. You can’t bet on all blocks on the board and hope to earn profit.  Kejriwal seems unaware of this time-tested logic.

History tells us that good or bad, a leader can’t afford to be neutral on matters which concern people.  Masses aren’t ignorant that this man once opposed corruption and is now seen in embrace with those very forces.  He hauls people to court on corruption and then apologizes to them.  He is one day supporting Congress and venting venom the very next day.  He once chose vilest of terms for prime minister Narendra Modi but now doesn’t throw even a flower in his direction.

More so, all his trusted lieutenants have deserted him. NONE is seen in his corner. You could begin with Shazia Ilmi, Prashant, Bhushan, Yogendra Yadav and peer through the ever expanding list of Kumar Vishwas, Ashutosh, Alka Lamba and now Kapil Mishra.

Kejriwal feels only those who’ve deserted him know his true face. The succession of debacles in elections after elections has probably not made him wiser that people too have seen through his mask. Or maybe he knows it already and hence his zipped mouth.