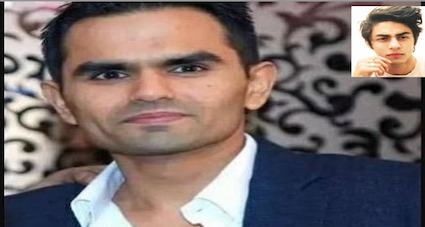 As Jashn-e-Raid continues in Mumbai, mostly with otherwise unemployable Tinsel Town and Urdu-Wood offspring, what is interesting to observe about how the narrative is being twisted every which way but towards the truth.

To start with it was all about how the child is so young at 23. After some time it shifted to religious persecution. Then as the trend started moving towards the older generation, slowly and inexorably, it changed for some time to social levels. When that didn’t work, the narrative was shifted to alleged promises of reform, with a lot of planted articles on how nashaa was a birthright if rich.

(As per more than one source, most of the arrests for possession pertain to poorer labourers, often migrants – and unable to set bail for themselves.)

The narrative then clutched “what-about-the-poor” level, and this is where the concept of the Overton Window kicks in, because the “what about the poor” debate never fails to reach out to the purse strings and emotional connects of the chiffon set and their extended Page 3 glam-sham bunch.

SO, what is the Overton Window, and why is it so important in narrative building?

Very briefly, the Overton Window states that for a narrative to be adapted by a larger audience, it has to fall within an acceptable window, or range. So let’s analyse the windows already used and put aside?

“23 year old or young child”. Doesn’t work for the simple reason that a 23 year old or young adult, especially one brought up as a global citizen, is absolutely aware that conscious possession or accompanying somebody possessing contraband of any sort is simply not a smart thing to do at any international terminal anywhere. An example is the US, where State Laws may permit multiple substances, but the air and sea terminals are under Federal Law – with zero tolerance. It is exactly the same in India – you may be able to legitimately do something in some States of India, but transporting from one State to the other or even entering an international terminal with the same substances is a serious offence.

“Religious persecution” also does not work anymore – there are enough people from every religion who are seriously concerned about how their youth, especially in India, are moving towards the trap of narcotics consumption. You have to only keep your eyes open, as well as your mind, to realise that there is a huge concern across all segments of society on the subject of how India appears to be becoming an importer of really dangerous chemical narcotics – as well as a realisation on who is perpetuating this with young people. Please show me the House of Religion which does not have a de-addiction centre lately?

“Social levels”, specifically the film industry leads to a simple question – why does this appear to be an issue with one regional film and entertainment industry, and not with the rest of them all over India? I watch a lot of regional movies, good, bad and ugly – and none of them push narcotics as an aspirational as does one specific location. Take a look at this video to get just one example  –

“What about the poor” comes next. Good grief, bail is a larger issue in India, of surety and personal guarantees. Here we are talking about people heading out for day cruises on foreign flag ships from an international sea cruise terminal on tickets costing lakhs of rupees or more – whether paid for or on junkets. Where is the comparison? Enough good work is being done on bail for Indian Citizens in India, and that is a separate subject, certainly more needs to be done.

But to obfuscate all of the above with a spoilt rich brat gone wayward? It may make more sense to ask the highly paid security staff what they were doing, instead, than cast aspersions on the Central Government agency doing its job.

So it’s now about turning the heat on an honest officer by the corrupts who come in the ugly shape of a politician and press. Police is lurking in open view and Prosecutors are rehearsing Arnab Goswami 2.0, a how-to-neutralize manual which appeared to have worked with the celebrated journo.

Meanwhile we await the outcome we already know.

Why is the #prepaid #petrolmedia up in arms, in a rare show of unity, against the micro-mobility and mass app-cab aggregator, ostensibly on behalf...