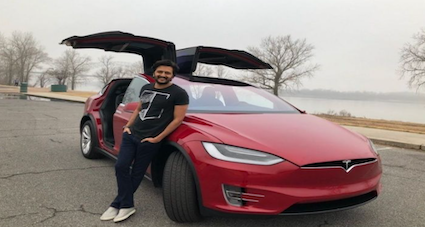 The repeated and regular launch in India of bigger, faster, costlier Electric 4-wheelers of late appears to be contrary to what the Nation expects from EV manufacturers – a means to reduce dependency on fossil fuels. At any given time since 1998, the percentage of sub-4 metre cars sold in India varied between 83% and 66%. A good ballpark figure would be about 75% new cars sold as being below 4 metres. (Image below kind courtesy of Team BHP website)

It becomes even more interesting in the used car numbers. Visit any used car showroom or ask around, and what moves fastest on resale are smaller cars – which also retain a higher resale value in percentile terms.

So why are most manufacturers, barring one notable exception, Tata Motors, not producing and selling smaller EVs in better numbers?

Mahindras has had repeated chances with the collaboration with Reva and recently with their Verito. Both adventures served a purpose, introducing Indians to smaller EVs, and there are dedicated cult followers who did their best to take things forward. But what happened next?

But when the declared aim is to reduce dependency on fossil fuels, then like with 2-wheelers and 3-wheelers, what India needs is smaller 4-wheeler EVs. And one reason why manufacturers tend to not worry about size with EVs is the lower excise duty on all sizes of EVs vs lower excise duties on ICE cars with sizes below 4 metres and smaller engines.

It is high time that a higher excise duty and rollback of exemption from road taxes was implemented on larger and more powerful EVs. A good idea would be to retain the lower excise duties and exemption on road taxes to EVs below 4 metres and below 30-35 KwH motors.

That should keep the national priorities of moving away from fossil fuels in line with the kind of 4-wheeler EVs for private use that we receive in India from manufacturers. Otherwise 4-wheeler EVs will just keep becoming bigger and costlier and people will end up with no alternative but to buy smaller cars with ICE engines.

Which defeats the complete idea of lower excise and road tax exemptions.