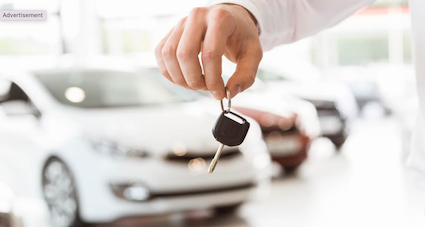 Do not exchange your old car or bike till you have received the new one. Do not buy one huge fridge only. Buy two smaller sizes. Take a bridging loan, borrow – do anything. Unless you already have a redundancy available.

So what’s a redundancy all about in automobiles and other essentials in life for many of us? Refrigerators, also.

Buying a new car for me is always an exercise in learning something new. Not just the technology parts, which started with steam engines and pre-WW2 cars and two-wheelers which were very much in use in Army and Railway towns of the ‘60s that I grew up in and cut my teeth on, but with every new and used car delivery that I actively participated in from the age of 6 onwards – Fiat 1100 (floating engine), Ambassador various (side-valve to overhead), an assortment of Lambrettas and Vespas, Standard Herald (floor shift and independent suspension was such a big thing then), Bajaj Chetak (export variant) and then the early Marutis.

I would pretty much club all these motor vehicles together for one big reason – we were a one-car plus one-two wheeler family till then, spread over 3 generations. It was only when our Maruti Van arrived in 1986 that the concept of keeping an extra car for multiple reasons became evident. The big reason, of course, was what every seafarer knows – you must always ALWAYS have redundancy options.

And almost all the repairs, including over-hauling of engines, could be done at home with a little bit of help from the neighbourhood lathe-shop. And then came the new generation cars and bikes. Hero Honda and Maruti signalled the change.

Technology started moving ahead rapidly after that. Multi-point fuel injection meant we could no longer adjust fuel/air mixture settings ourselves. Disc brakes became difficult to service at home. Radiators, air filters, fuel filters and other parts which could be self maintained, suddenly required new and better tools as well as expertise beyond that of untrained mechanics. It reached a point where some cars, when you opened the bonnet, had a huge cover over pretty much everything with “DO NOT OPEN” written on it.

In the case of commercial vehicle owners, this was also their livelihood, and with a meter ticking away on finance EMIs and payments – they were at the total mercy of the dealer. The manufacturer’s role in a typical B2B2C kind of transaction was always hazy and had in any case now become opaque.

But in the case of private vehicle owners and customers, the pressures were different, right from dropping children to school to work related usage to elderly parents to other social needs and obligations and emergencies. One car or bike, out of action, and a lot came crumbling to a literal and figurative halt.

So, as I mentioned, as an ex-seafarer, sub-consciously and well before the advent of app based cabs which improved redundancies, we always had two cars at home – an older one and a newer one, and always a level or two BELOW what we could afford at that juncture in life. The reason was simple – the notional value of both these cars was to be less than the value of the single larger aspirational car.

Put it this way – our friends and neighbours had one upscale car and we had two mid-level cars, of which one was always oldish in the 5-10 year age range and the other was newish in the 0-5 years range. If we got emotionally attached to a car, of course, it stayed with us as long as we could find parking space – but that was a luxury.

And yes, we always had two small refrigerators at home, even if it meant placing one in the staircase.

So how does this impact the present day customer-dealer interface and where is this essay coming from?

We are in the process of buying a particular new car with a new technology, electric vehicles, something I have been driving off and on from the mid ‘90s onwards in India and abroad. But a serious full time vehicle as an EV is happening now. And therein lies the story behind this article when the Regional Head of the manufacturing company, after I gave him a fairly hard time on documentation and PDI, told me how come other customers budged,  but I did not?

To start with, we were not exchanging our old car, and now also had multiple taxi options. Next, I was not going to give the dealer the pleasure of chasing him or her every now and then, and had built in the delay in delivery of 3-4 months that had been communicated to me – also because I do not like to take delivery of cars during or just after monsoons.

And most of all, I do not have a car-loan EMI meter ticking away with no new vehicle in the drive.

Thirdly, an attempt to buy the same make/model/varian a year ago had failed because the dealer’s due diligence sank like a stone, and I withdrew. My relationship is with a product and its manufacturer, and if the manufacturer can not be bothered about maintaining clarity about their intermediaries, then I have to re-think.

In this case, the manufacturers are from a group with a national presence, so I just got lucky in being able to buy that particular vehicle for my wife’s home in another State. And therein, strong customer emerges – choices.

Golden rule to being a strong customer? Keep your choices open. Do not be at the mercy of the seller. Have your redundancies in position, and two of the most important redundancies in this day and age are your mobility and your fridge. Two small ones are better than one big one.

Then you look the seller in the eye and control the buying process. Otherwise, if the seller knows your weakness, the seller controls you.