AAP and its bullying of media 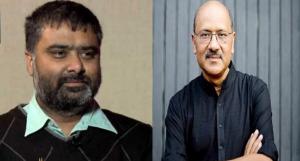 A spate of incidents of the last few days involving Aaam Aadmi Party (AAP) and its leader Arvind Kejriwal against media deserve your attention.

Mishra’s was in response to Chaurasia releasing the personal mobiles of all AAP ministers for the benefit of Delhi residents suffering from “chikunguniya” and “dengue” on his TV show.

Mishra’s exact tweet read: “Dear Deepak Charuasia, you just flashed my personal number on your television channel. I thought the love should not be one-sided. So I am sharing both your numbers. Enjoy.”

“Rajneeti Karni Hai to Khul Kar Saamne Aao. Pehle Congress Ki Dalaali Karte The, Ab Modi Ki.” (If you want to do politics, do it in the open. You used to be a pimp of Congress first and now of Modi.”)

This tweet was in response to Gupta lamenting the worsening medical issues in the Capital while AAP busies itself with elections in Punjab, Goa and Gujarat.

Senior AAP leader and spokesperson Ashish Khetan had tweeted thus to journalist Rana Ayyub: “…one more trashy tweet and I will show you what it takes to defend one’s honour.”

Khetan’s response was in reaction to Delhi government giving honorary position to journalists at educational institutions by dissolving the governing bodies of 28 colleges despite opposition from the university. At least four senior journalists in the Bennett Coleman group (which publishes The Times of India, the Economic Times and Navbharat Times) had accepted the appointment but had to resign as such office goes against group policy.This investigative report was done by FountainInk.

A few names of these journalists would take your breath away. Quite a few of them are those who do prime time shows or take front page headlines in Lutyens Media. There is concrete proof in the form of official notification by Delhi University about the re-constituted governing bodies of 28 colleges under DU; the list of nominees including over 30 journalists and the official Delhi University website page.  Do look at the names of these venerable journalists (note: MK Venu was nominated but declined the post).

Delhi Chief Minister Arvind Kejriwal, via APP IT cell chief Ankit Lal, threatened to sue an ordinary twitter user with criminal defamation charges. He has further said in the legal notice that he will extract monetary and legal damages as well, if the social media user failed to comply with the notice since Kejriwal is “holding very high repute” across the world.

Pokhrana turned out to be a very, very smart netizen. He held a poll on twitter where he mentioned the legal notice and asked others if they felt Kejriwal was a man of “high repute.” As many as 94% in the poll said he was a cheat.

And then Pokharna replied thus:

“843 sample size of the users who responded to the poll, 94% already feel that you are a cheat…hence you may not have any reputation to protect!”

The website Fountainink which published the key report on appointment of journalists in college of Delhi University has detailed in its investigation how AAP uses techniques to suppress negative information (incidentally why our Mainstream Media/Lutyens Media never took up the DU University-journalists-appointment story? Good question)

AAP has a list of digital marketing consultants and crores of rupees are paid for such consultancy to manipulate online news such that positive news is pushed up and negative news about AAP is suppressed. The report cites the example of the scam in which Minister Gopal Rai was caught renewing licences of only favoured autorickshaws, and how the stories were suppressed.

All the above incidents show a common thread: Key AAP leaders including Arvind Kejriwal can get abusive and threatening if the media reports don’t suit them. An RTI reply has stated that AAP has spent Rs 15 crores in the last three months on newspaper ads.

The CAG report says the year the total advertisements could go beyond Rs 114.31 crores. For those not in the know, the government had earmarked a whopping sum of Rs 500 crores on publicity in its budget this year; it was subsequently slashed to Rs100 crores in the revised estimate.

Why Kejriwal spends so much of money on print advertisements? The logic is simple for all those who know how newspaper industry works: Newspapers runs on advertisements and they are expected to go soft on “ad-spenders” if not actually promote the ad-spender (hope the paid-news syndrome must still be fresh in your mind).

So there you have it. A party whose leaders can get threatening and abusive—and promote if required—the all-essential media. Propaganda is what they seek. It’s time they applied the broom on themselves—or electorates will do so surely.

The only consolation for Chaurasia and Gupta could be—who are they if the Prime Minister of this country has been called by “worse” abuses? It’s also time Barkhas, Rajdeeps and Kanwals revisit their definition of “intolerance” and “freedom of speech,” if not “sedition.”

Or they could be next.