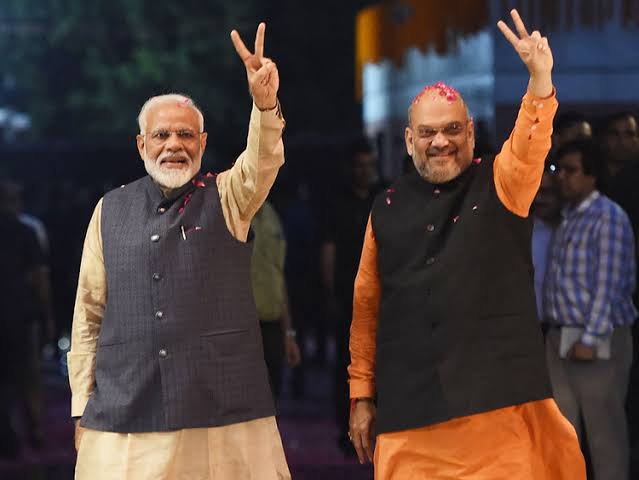 Think of all the reasons you could in opposing the Citizenship Amendment Act 2019 and you would’ve all of your answers in these two pieces (here and here). If you still want to get your man, Amit Shah, then the latter’s words in the Rajya Sabha would make you seek penance for the sins of your mind.

After you’ve done the hard work to cleanse yourself of your prejudice, try to make sense why stations are being burnt in Bengal; why Islamist Jihadists have given a call to put flame to Kerala and why chief ministers of at least five states—Kerala, Madhya Pradesh, Chattisgarh, Punjab and Bengal—are defiant. And then ask yourself what kind of “secularism” and “democracy” these rogues have in mind without adhering to judiciary, parliament and the Constitution?

Now if you still try to bog me down in justifying your “anti-Muslim” slant of the Citizenship Act, I would still nudge you to the above references unless you could convince me that the Sun doesn’t always rises in the East.

There’s another clarity you must’ve before we proceed any further. Is this a popular “revolt” against the Citizenship Act or a “whipped” one? Assam is now seeing reason after being misguided on fear on its language and culture but everything else is “drama” and a dangerous one at that. Goons who are burning up the railway stations in Bengal aren’t doing it to save India’s “democracy”.

Let’s look at the two opposing sides—those in the pitched battle for and against the Citizenship Act. The five Chief Ministers are hell-bent they would slam the door shut on the Act. This is all bluster. There is no way they could block this Citizenship Act in their domains. Judiciary could come down heavily on them; Centre could dismiss them for trying to unravel the unitary structure of the nation; and people could make sure their political careers—and that of their parties—is buried deep on the floor of the oceans.

Let’s look closely at the affiliation of these five Chief Ministers. Three of them are run or controlled by the Congress—Punjab, Madhya Pradesh and Chattisgarh. The two others—Kerala and Bengal—are accused of treating Hindus as lesser citizens of their states, as critics would point out with the instances on Durga Visarjan and Sabrimala.  Maharashtra too might deny Citizenship Act as the strings of Uddhav Thackeray are pulled by Congress.

It is thus a “political”rage  and not one for secularism and democracy. Congress is fighting for its survival and so are Mamata Banerjee (Bengal) and Pinaryi Vijayan (Kerala) as the 2019 elections have shown. All these forces have ceded the political ground on Hindus to the BJP.  Their vote-bank of Muslims is all but lost: Triple Talaq, Ayodhya, Article 370 and Citizenship Act instantly come to mind. Shunned by Hindus and abandoned by Muslims, these forces are staring at political oblivion

So their best hope is anarchy. Judiciary exposes them at every given stage: Remember Rafale, Article 370 or Ayodhya as instances. People see them singing the same tune as arch enemies Pakistan. The ruling dispensation holds them up on corruption and convenient stands. The last throw of the dice appears to be their hope for agitations on streets, swelled by students of bastions of a select universities, and foreign intervention in the form of West and their stooge institutions, including the United Nations and a corrupt media. Lutyens Media in India is a drummer of such inimical forces against a strong India.  Why, the overseas wing of Congress has already given a call to hold demonstrations outside embassies around the world, against the Citizenship Act.

The biggest fear of these forces is political oblivion in case Indian Muslims pull the plug on them. The Muslim vote-bank no longer sees Congress and similar forces as dependable. It could lead to fundamentalist forces within Indian Muslims to assume leadership and dump Congress and their likes for good. It would amount to their political annihilation.

The other side, favouring Citizenship Act, have logic and reason with them. It gives them an ironclad moral shield at least in the eyes of the majority in this country. In raising the charge of divisiveness, the Opposition is only strengthening BJP’s hands. It’s getting the majority in this country behind Modi and Shah and exposing themselves as inimical forces working against the interest of India. How would Hindus see a Shiv Sena or Sikhs would view Shiromani Akali Dal if the inclusion of their brothers and sisters from across the border is opposed by these parties?

“Abki baar, 400 paar” could after all come true in 2024 elections, given how a stupid Opposition is squandering the last penny of their political capital.

Post Script: I end the piece as I began it: By referring a piece to your attention. It would give you a bigger picture and firm up your spine in the defence of your country and its people.