Afghanistan Crisis: Where does it leave India and in particular Jammu and Kashmir 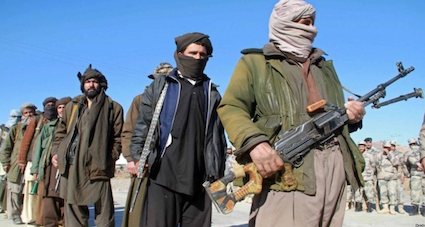 Perhaps no clear answer is right now available to what may look like a straightforward question. Is the pace of US moving out from Afghanistan more, or is it the pace of Taliban moving in? Well, it is not a question that will hang in balance for a long time as the US withdrawal gets completed in the coming days and weeks. One can imagine Pakistani Prime Minister Imran Khan celebrating the US discomfiture, may be on mute, but he has challenges he can’t ignore.

For most part of last two decades, the presence of US and other NATO troops ensured relative peace in wildly chaotic Afghanistan. By all available indications, that period can soon evaporate into thin air with a civil war breaking out in several parts of the poor country. The military vacuum that US is leaving behind is most likely to be filled in by live-by-the-gun trigger-happy Taliban. Russia and China, both rivals to the US in geopolitics, have enough reasons to celebrate but they may have new headaches too.

Iran is another country which may be too happy to see the US depart from Afghanistan as its animosity with the Americans is longstanding. But there are Shias and Persian speaking minorities in Afghanistan and Taliban may persecute them heavily in their second coming. That is sure to create considerable discomfiture for Iran.

Amid all this, one country that has no reason to be happy about the US departure is India as it had invested $3 billion in developmental projects in Afghanistan. In the short term, it looks like the US departure is a setback too serious for India, second only to the loss of face the Americans have to suffer. But what are the silver linings for India, as also the US, in the unfolding scenario?

For a beginning, the US is well placed to choke Pakistan economically as the latter exports goods worth $3.7 billion, or more, to America annually. As Pakistan dodders on in serious economic troubles, it is going tighter into the embrace of China, not something that the Americans like. So, from now onwards, it is going to be a tightrope walk for Pakistan to balance, often contradictory, demands from China and America. This is not going to be a cakewalk by any stretch of imagination.

Whenever Pakistan is being discussed in the context of India, there is no way Jammu and Kashmir can be left aside. So, here too in the context of US withdrawal from Afghanistan, there remains a very real threat of significant number of armed terrorists reaching J&K. This is a scenario that Rawalpindi may be dreaming about, and trying to give final touches to, but with Financial Action Task Force (FATF) breathing down its neck, Pakistan can have a difficult time.

The best scenario for Pakistan would be to have Taliban listening to their diktats, official as also unofficial. But is that something that is likely to happen in the coming days? Doubtful. Why? Because when Taliban came to power last time, they were bankrolled by the Americans, against Soviet Union, through Pakistan. When they clinch power again in version Taliban 2.0, they would have done so without Pakistan support. Given this, will the Afghan Taliban have any reason to respect Rawalpindi, or Islamabad?

A civil war in Afghanistan can become a nightmare for Pakistan authorities if and as they try to stem an influx of Afghan refugees. There are not many Pushtoons who recognise Durand Line on western border of Pakistan with Afghanistan. Preventing an influx of refugees trying to escape marauding Taliban into Pakistan can be a nightmare for Islamabad. It can extract a heavy economic price as also in terms of manpower commitments to keep the Durand Line effective against any possible influx.

One thing more that needs to be factored in the unfolding scenario is an assessment of Pakistan and Afghanistan interests? Do they coincide? Or do they clash? By 2025, Pakistan can have serious challenges about availability of freshwater countrywide. If Taliban decide to take control of just Kabul river, and with Chinese help, construct dams on it, for the benefit of Afghans, Pakistan can say goodbye to any hopes of the present crisis in Afghanistan unfolding to its advantage.

Overall, it may not be as bleak a scenario for India that is unfolding in Afghanistan as is being made out. If Taliban are not as antagonistic to India, as Pakistan would like them to be, there can be some reasons for India to be optimistic.