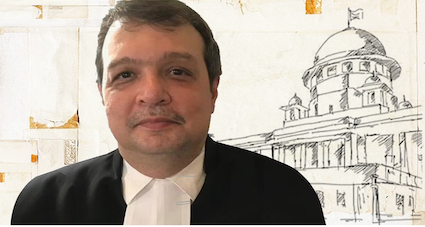 I address you as a concerned citizen of your country, which you have termed as “still not completely mature and informed democracy.”

I looked at the oath (below) you took which doesn’t say you are doing it for an immature and uninformed democracy.

It triggered the painful memory of our Colonial masters:: Arguably the biggest of them Winston Churchill who once said we Indians “breed like rabbits” and “I hate Indians. They are a beastly people with a beastly religion.”

The Goraas, who were “Maaloom Sahibs”—indeed, that’s how they were once addressed on ships by the native lashkars. It is another matter that the natives knew how to keep scurvy away and knew how to navigate as well as make ships and sails better than the Goraa officer. But the Goraa officer knew Angrezi and had the guns.

Roderick Matthews, in “Peace, Poverty and Betrayal” writes that the initial strategy of the British in India was “oblige and rule.”

“Maloom Sahibs” ruled with the complicity of rich, powerful Indians, including the original Bengal revolution of 1757, and the infamous famines of 1770 and 1943, writes Matthews.

Matthews, further,: There is determined refusal among many Indians to admit this, but it is inconceivable that the British Indian project could have extended so far or lasted so long without serving the interests of powerful elements within Indian society.

The lessers in society didn’t even get an apology. The Spanish Flu of India in 1918 was brought to India by the British troops, returning from World War I in Europe, and some 17 million lives were lost. All rivers across India were clogged up with bodies because of a shortage of firewood for cremation.

Their own men, for example Lord Oliver, secretary of state in the 1920s, admitted a predominant bias in British officialdom in favour of the Muslim community to offset Hindu nationalism.

The nauseating righteousness and condescension for “a Society of Little Societies (India)” knew no limits. The British generally transformed religious differences into public, political and legal issues.

Goraa Legal Systems were first imposed on India by the Brits (mainly Scottish) and Portuguese (mainly Spanish) seafarers who reached Calcutta and Goa.

They have evolved but have we who use arcane Latin words, doing MiLords/MyLords, which doesn’t quite sound mature or informed, so to say?

How our Justice Delivery System has evolved or are we reverting to an era before Clive and Hastings swept up the Hooghly?

Further, you also want Social Media to be regulated which sounds like a statement in favour of Section 66A which was struck down by the Supreme Court.

That brings it to my own “freedom of expression”.

How far can an individual go while expressing himself on the administration of justice?

When does criticism become contempt?

As the judges have begun to expand their areas of intervention, shouldn’t they open themselves more to public scrutiny?

There is an old piece in India Today which is worth reading for all Indians, including you the honourable.

It mentions how how once Marxist leader EMS Namboordiripad was hauled up by the Supreme Court in 1970 for alleging that the judges were “biased against the working classes.”

In 1988, the then Union law minister P Shiv Shankar faced contempt proceedings for alleging that “anti-social elements, FERA violaters, bride burners and a horde of reactionaries have found their haven in the Supreme Court.”

In 1987, the Congress (I) leader Mohammad Yunus had said that the then Supreme Court judge O Chinnappa Reddy neither deserved to be called an Indian nor a Judge.

It was to the then Justice Reddy’s graciousness who said if the criticism of a judge’s motive is based on facts, it should not constitute a contempt.

Two opinions, by celebrated legal names, are worth your attention.

Senior advocate FS Nariman once said: “It is unhealthy for our democracy that the Supreme Court has so far not specified what contempt powers it has assumed from the Constitution. As in every other sphere of law, the judges will, after all, have to adopt some self-imposed limitations in their contempt jurisdiction.”

And then there was Justice Hugo Black in the Bridges vs State of California—in United States which perhaps is your idea of mature and informed democracy—who famously said:

“The assumption that respect for the judiciary can be won by shielding judges from published criticism wrongly appraises the character of American public opinion. An enforced silence, however limited solely in the name of preserving the dignity of the bench, would probably engender resentment, suspicion and contempt much more than it would enhance respect.”

Your honour, I rest my case.

(Image with this piece is courtesy The Print)