An open letter to Prime Minister Modi: 21-day lockdown is not enough 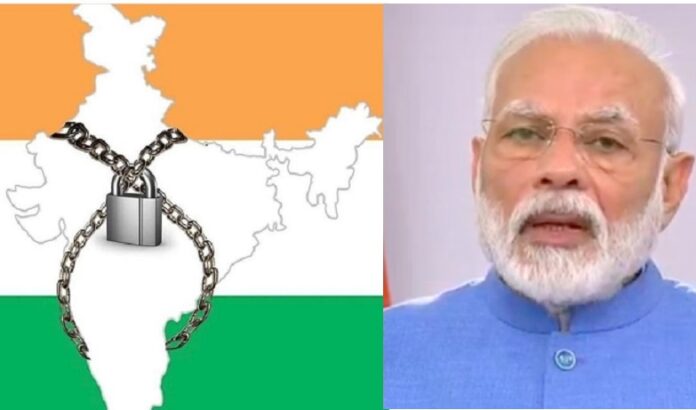 The Indian state would be making a fatal mistake if it chooses to sit on its haunches just because a 21-day lockdown is in force from Wednesday.

Your  second address to the nation on Tuesday was an incessant appeal to stay at home. You described this measure as “one flicker of light in this enveloping darkness”. You left no one in doubt that India won’t be able to overcome this deadly killer virus on paramedical staff, ICU (intensive care unit) beds and ventilators alone.

Unofficial figures suggest India has probably 150,000 ICU beds and 75,000 ventilators. Probably a few lakh paramedical staff. It has ramped up random testing since last week. But India needs a proactive strategy to catch the “virus” in hibernation within four walls of homes.

In simpler terms, go for door-to-door testings across India.

You quoted South Korea more than once in your address to emphasis how the Asian nation appears to have come to grips with Corona Virus. You identified “social distancing” as the prime reason for such a spectacular success. But South Korea hasn’t resorted to a lockdown. Of course, such a comparison is unfair given the unequal medical muscle of the two countries.

South Korea has also relied on doing tests on its citizens at every high-spot of people’s presence: medical stores, grocery shops, petrol pumps and of course homes. It so far has conducted over 400,000 tests on its 51-million citizens. United States, in contrast, has done random tests on only 50,000 of its 300-mllion plus citizens.  India, a nation of 1.3 billion people, only has a sample of around 5,000 random tests thus far.

India, before it banned international flights from landing this Sunday, had largely restricted its testing to arriving passengers. It then has lately woken up to random testing. But still random tests are within 1,000 a day. South Korea in contrast is testing close to 15,000 citizens everyday.

Lately, stirrings are being felt across the country. Jaipur is isolating every 3-km radius area where a positive test has emerged. It’s being followed with home-to-home tests. The paramedical staff is being supported by volunteers and nursing students. Brihanmumbai Municipal Corporation (BMC) is now conducting door-to-door visits in Mumbai. But these visits primarily are to check with housing societies if there is anyone who suspects himself/herself to be infected with the deadly virus. They are also checking on those with a recent travel history in these societies. Ludhiana is being remarkably alert as health officials are visiting every household in the district to obtain a declaration if anyone in the family has travelled abroad recently or is showing symptoms of virus.

On paper, it shouldn’t be difficult for the Indian state to resort to home-to-home tests. After all, it’s a practice which is followed during vaccination drives, if not entirely during General Elections. India would find volunteers in thousands. All it needs to do is to provide these bravehearts with adequate protective gears, equipments and a few hours of training on how to conduct tests.

One hopes your government isn’t being too wary lest home-to-home tests are construed a “dry run” for National Public Register (NPR) exercise. Rumour-mongers of course are busy overtime. But frankly, the government has no option but to bite the bullet. It must take recourse to judiciary, Constitution and the long arm of law. And to hell with naysers.