Arnab’s arrest: And why it must concern us beyond BJP-Congress, Right-Left binaries 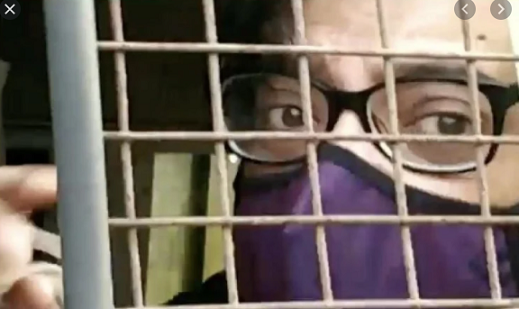 A case is filed on two deaths/suicides. The complaint is that the two deceased were driven to take the extreme step because some THREE didn’t pay up. After a while police gives up. Admits in court there is not enough evidence to incriminate the THREE. The case is closed.

A year later the case is reopened. The state government claims that before her death, one of the deceased had blamed ONE of the THREE. It’s only the state government which is privy to this word from the deceased. You and I don’t know. Nor do the rest of the world. Deceased is no longer alive to confirm or deny.

So, the case is reopened in May 2020 at state government’s behest. On November 4, 2020, that ONE is arrested. Manhandled and with policemen toting AK-47s in tow. A measure you and I would recommend for a dreaded terrorist.

But Arnab Goswami is no terrorist. He could be one for the TV news industry or for certain forces. He could have been an asset for the ruling dispensation in the Centre. You and I could be on one side or the other. But none of us would deny he is a media celebrity. Possibly the biggest name on our media firmament. It sends signals, right or wrong, across the country. It affects India’s millions and millions of citizens. If not now, then pretty soon.

I am for law to take its course. I am not here to argue Maharashtra government reopening the case. I am not too worried about Mumbai Police too. Arrests are made in India, there are courts who on the basis of evidence take a call. I am not worried too about missing Arnab Goswami in my evenings. I hardly watch him. But I have the option to go for remote. As everyone has. You want to watch him, watch him. You want to shut him out, do it.

I am not going hysterical on either of these two lines of arguments below:

One says it’s a revenge for raking up Palghar, dogging the drugs-Bollywood connection, and pursuing the Sushant Singh Rajput case with relentless vigour. After months, Arnab didn’t let up on these themes. He also took Sonia’s original name with certain contempt which upset the Queen Dowager no end up. What more proof do we need against the fascist nature of present Maharashtra government when it beats up ex-soldiers, locks up ordinary citizens for social media posts and make a crane comfortable within the drawing room of a nationally acclaimed actress? And don’t we have multiple sting operations which reveal that “Arnab-would-have-no-option-but-to-commit-suicide”, such would be the ferocity from the state government? That you get Arnab and you take heat off Bollywood and Sushant Rajput?

The other side is driven to despair at Goswami not letting up on Palghar, Sushant Singh Rajput, Bollywood and Kangana Ranaut. They feel such attacks are motivated. That it’s Centre which is working overtime to sink the rather unholy alliance between Shiv Sena, NCP and Congress. They argue what’s so big about Arnab when journalists are being hauled up all around the country, including in a few BJP states.

Democracy without free media is myth

You and I could differ. Hindus and Muslims could differ. Political parties could differ. Ideologies could differ. But there is something we must not differ. And that’s about the nature of our Republic. We won’t be a democracy if media is under a siege. There is no gain showing me International Press Index which shows India very poor in freedom of press. That India is turning fascist. If it was so, NDTV’s alleged financial scams would’ve been taken to logical conclusions. The Telegraph won’t be so openly abusive. If people were under fetters, there won’t be open threats to Narendra Modi and Amit Shah, and more than just on their lives. Vilest language on social media goes unpunished.

A free media though doesn’t mean unfettered media. If Arnab is arrested or some journalist in Uttar Pradesh is, there are redressal mechanisms. One or the other would be shown up wrong. Law would take it’s call. But if you manhandle a media celebrity and bring in armed men toting Ak-47, this is more than justice pursued. This is criminal intimidation. The is State trying to send the message across: to media and to the citizens. That even though we derive our power from you, our naked force is meant to terrify you. That if this could happen to arguably one of the 10 biggest names in the country, you could be the next.

There is no gainsaying that Mumbai Police has acted on its own accord. It’s answerable to State government who, by now, ought to have taken a public stand on the matter. I scanned the twitter-lines of Uddhav Thackeray (office), Sharad Pawar, Congress (Sonia Gandhi) and Rahul Gandhi. Blank. Shashi Tharoor? Blank. Priyanka Gandhi Vadra? Blank. Mamata, Pinarayi Vijayan, Ashok Gehlot? Blank. looked up for Shekhar Gupta and Rajdeep Sardesai. Bland. I could promise you they would be the next. And then you would go to town on the “fascism” of Modi government. And then you would be teased on your silence on Arnab Goswami. Be principled or drop the pretence.

In a jungle, might rules. Humanity was no better than jungle. But it was centuries ago. Since then, Magna Carta happened, Napoleon happened, Tocqueville happened, Voltaire happened. We all agreed to the way a society functioned. A cobbled-up state government today wants to tell us we were wrong. That a Genghis Khan or a Taimur still lives. No sir, they no longer do. Before long, your fate would be decided as its done every five years. You are too weak to fetter a billion voices. India would assert and show you your place.