Arvind Kejriwal and the political philosophy behind his lies 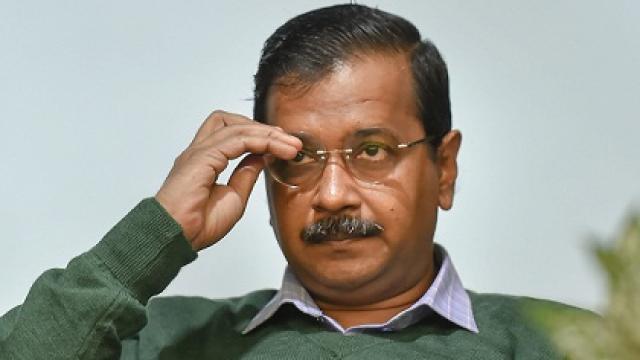 Politicians and criminals have one thing in common: Both believe they would never be caught.

We now know Arvind Kejriwal announced free ride for women in metro and bus even before he had made proposal either to his cabinet or to Centre or to Delhi Metro Rail Corporation (DMRC). We also know it wouldn’t have any sobering effect on the man. I mean somebody who has made a roaring career out of lies, why fix something which ain’t broken.

Kejriwal and his dozens of lies are known.  And boy, did they work.  Delhi saw him as a crusader against corruption. He said he had evidence of corruption against Sheila Dikshit, Nitin Gadkari and Arun Jaitley.  That he would never be seen in the same frame with the corrupt political classes of the country. That as income-tax commissioner, he was straight as an arrow. That he was against VIP culture of big bungalows and security cover.  That he would never take support from the Congress. And once elected, he would have hundreds of schools and buses; free water and electricity etc.  The muffler-man, who coughed between his sentences, was the pin-up politician not just on auto-rickshaws.

We later learnt that he was never an income-tax commissioner.  That a five-room bungalow and Z security cover were his first candies. Corruption? Well he apologized to Sheila and Dikshit and Arun Jaitley and everyone else in the town. The guy who helped Robert Vadra in his alleged land deals found his way in the AAP land acquisition committee.  Another with a 300-crore scam on farmers’ money became a member of the AAP agriculture reform committee and got a Lok Sabha ticket;  the activist who stood by the Muslim juvenile brutal rapist who inserted and took the intestines of Nirbhaya out became his party AAP’s face for Bengaluru Lok Sabha seat;  from Mamata to Sonia to Lalu Yadav to Chandrababu Naidu, he never missed any photo-op and stood shoulder to shoulder on the podium of the corrupt.

So what do you make of a man who vowed never to seek Congress’ support and then begged for it in 2019 General Polls. Who would swear by the safety of women but would neither utilize the quota of 11,000 buses nor install CCTVs in it; who sheds copious tears on the poor and the vulnerable but won’t utilize Centre’s fund for Ayushman Bharat and Swachh India campaigns;  who wouldn’t  regularize colonies, provide free water and electricity and move on to his next set of lies.

This is the man who once called Prime Minister Narendra Modi a “coward and a psychopath.” Who is accused of choosing between Hindu and Muslim crimes.  Who blames Centre for all his failures including the Jan Lokpal bill which in reality is pending with his own AAP government;  who used Anna Hazare and his crusade against corruption and dumped him at the first opportunity; all those who stood by him—Yogendra Yadav, Prashant Bhushan, Shazia Ilmi, Kumar Vishwas, Kapil Mishra and Alka Lamba—were cast aside either by design or conduct.

All politicians lie. But all lies are not equal. The difference in Kejriwal and others is that he uses them as his political philosophy. He replaces actual facts with alternate facts to manipulate the emotions and feelings of the masses.  This is what we call Post-Truth: Oxford English dictionary defines it as “relating to or denoting circumstances in which objective facts are less influential in shaping public opinion than appeals to emotion and personal belief. “ In short, make-belief prevails over reality.

Most call Arvind Kejriwal an anarchist. I call him a fascist. As philosopher Jason Stanley says: “The key thing is that fascist politics is about identifying enemies, appealing to the in-group and smashing truth and replacing it with power.”

When a politician is caught in his lies, he pays for it either with apology or punishment or both.  There is both shame and consequences involved. In Arvind Kejriwal’s case, it’s neither.  Hopefully, the cost of it would be known in Delhi elections in six months’ time.