Bamboos are set to take roots: We can start counting bounty 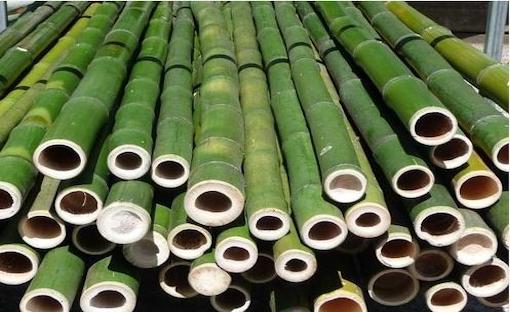 The fragrance of agarbattis (incense) rolled in Jammu will soon spread far and wide as the government plans to set up a special cluster for doing so. The production of incense sticks is one of the three focus areas in which the government plans to invest heavily in terms of giving a boost to bamboo products. Presently, incense sticks worth hundreds of crores are being imported from South Korea, Vietnam and China, Minister of State (PMO), Dr Jitendra Singh said in Jammu on Tuesday.

Another cluster will comprise of units making bamboo baskets which will be sold across the nation. The third cluster will focus on production of coal. Five districts of the Jammu region, Kathua, Samba, Jammu, Udhampur and parts of Reasi have topography and conditions suitable for bamboo forestry on a significant scale. Presently, bamboo is a forestry produce which benefits about 1,000 families of artisans. If all goes well, the government efforts can lead to a zero being added to the right hand side and 10,000 families may gain substantially.

Initially, the government plans to invest Rs 125 crore to promote this sector and experts from north east region will help the locals. To give a boost to bamboo production, the Central government has increased import tax from 10 per cent to 25 per cent. Enhanced yield of bamboos will be sought to be achieved through bamboo production in mission mode.

On Tuesday, an agreement was signed between the Union Territory (UT) government and North East Cane and Bamboo Development Council (NECBDC) in presence of Lieutenant Governor Manoj Sinha and Singh. It was Dr Singh’s initiative to bring expertise from North East region to the doorsteps of Jammu. He has leveraged his involvement in the NE region as Department of North East Region (DONER) minister in Narendra Modi government for this initiative.

The Central government has tweaked the 100- year-old Indian Forest Act going back to the British era to help the bamboo farmers, Dr Singh said. The earlier law acted as a major impediment in the way of enabling farmers to grow bamboos on a large scale and then exploit the same for commercial benefit. Bamboo was in the category of trees according to the old law but that has been changed in the new law, LG Sinha elaborated in his speech.

Sinha said taking National Bamboo Mission forward through focussed approach can be of immense help to ordinary people associated with the trade. He pointed out that bamboos can be produced in three to four years and require lesser water than traditional crops. Sinha mentioned Maharashtra as one state which has revolutionized the bamboo cultivation. This has also helped eliminate pernicious plastics from daily use.