Beef or no beef: Playing and running cricket in these unforgiving times 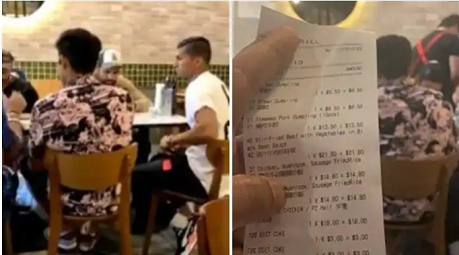 Having followed cricket from a day and age when it was fun, to a point now where it appears to be more of a product placement opportunity, I consider myself reasonably entitled to comment on the game like billion of others – but with the added advantage that I have been to pretty much every country where cricket is played and sailed as well as worked with people from those countries too. However, the ultimate was when my small tech company was part of producing an unrelated aspect of technologies for the gaming industry amongst others – and that’s when I really learnt about cricket.

Enough said about that part. If a particular US President had not been visiting Delhi, we might never have heard about Hanse Cronje again, for example. But what notched my interest up after the recent see-saw in Australian Tests is the recent fracas about 5 young Indian cricket players and their experiences at a bespoke Chinese restaurant in Melbourne. I mean, the eatery in question is known for sea-food, with a live aquarium on premises, and serves excellent healthy food.

What does the Indian team order? There are different copies of the bill floating around to want to re-confirm, but if true, then it seems that they ordered pretty much the same that they would order at any Sino-Ludhianvi-Rawalpindi dhaba on GT Road with regional variations as well as controls for pork and beef. With diet soda.

I hope the bill, if true, doesn’t make our star cricketers fall foul of dietician/nutritionist as Diet Coke and Maida could. So much fried food? But “beef” bit interests me as Indian cricket had made a bit of a fuss about a “no beef” on the menu a short while ago. It was reportedly even on MoU between the two boards. Sure, it was about official food served to visiting Indian squads but to be caught sampling one in private, at the least, is bad imagery. (That is if they did consume beef at all. If they didn’t, the Indian cricket board needs to step in and lift it out of ground. Media mischief you and I know a bit about).

But bewoe if these cricketers are also environmentalist for scientists says one plate of beef causes more environmental damage than 40kg of Diwali crackers. It does no harm to make informed choices if there are causes you strongly believe in.

Something really needs to be done about cultural training, food as well as local issues, when the Indian team travels abroad. Eating beef abroad, for example, is a personal choice – but look for a decent Wagyu or Angus steaks, with a bone to identify the cut and provenance of the animal. I mean our cricketers couldn’t have known which unknown parts of cattle they consumed. And if you are headed for a restaurant that really specialises in sea-food, then read up about it before going, instead of ordering what looks like something from a street stall?

Cricketers from the Antipodes and other countries make a huge show of visiting local charities – Mother Teresa’s evangelical conversion outlet in Kolkata is a favourite stop. About time our young men at least asked to be allowed to go to Manus Island to play a game for charity.

A survivor of two brain-strokes, triggered by a ship explosion in the 70s, Veeresh moved beyond fear decades ago