Bengal: It tells us what we are, were, and could never be the great nation 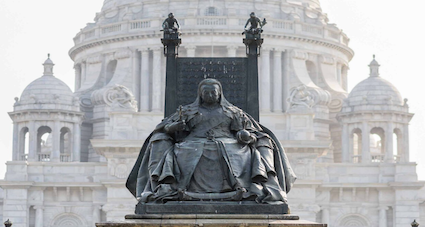 This is a field report on a traveller’s trip to Bengal, recently, as different from tourist or journalist. By a friend who wishes to remain anonymous.

For the last 2 days we have been going through Cossimbazar, Berhampore and Murshidabad, trying to piece together the myriad patches of history buried in the form of various graves around the city. How easily can a Nation forget its recent history and stories of treachery is unfortunate, how simply folklore can be created into history, and that something so substantive as the last independent ruler of the Greater Bengal area can be buried as a footnote is equally amazing.

What comes out and gets written as history are the Gothic buildings with European names and various human beings named as Lords and Viceroys and random other plunderers who then managed to buy Commissions as well as acquire titles, and who then kick-started their 200 years of misrule and deprivation of the population of India.

How various ornate buildings built by revenue of the land and labour of our work force is attributed to as “his monument of love” or “valour” and our own scientific buildings & centres of learning and best libraries are forgotten because they were burnt down. A prime example is the Victoria Memorial of Kolkata. That the statues of our slave-masters and slave-mistresses adorn the fore-court is something which never ceases to amaze me. Are we so insensitive to our own people?

As I stood at the mausoleum of Siraj-ud-Daulah,  I suddenly became very pensive and introspective, having read the British, French and Mughal versions of all that transpired. And then some transalations by Indian authors.

Here was a warrior who lived and died, all by the age of 23, whether good or bad. Here was a man who understood the British much better than those thrice his age and also had the vigor to try to repel them. That the French were also around, complicating matters, did not make things easier. The Moors, of course, grabbed whatever they could. And fought for whosoever paid better. As did the swarms of European mercenaries, deserters as well as free-loaders, out for the plunder more than anything else.

At his final resting place of Khosh Bagh, not only the remains of Siraj-ud-Daula are buried after having been cut into multiple pieces – which were mercifully stitched together by the British ostensibly as a token of honour to the great warrior. There also exist the graves of 17 warriors who accompanied the last nawab of independent Bengal ,the mausi (Aunt) who hatched the plot to dethrone him, the maternal grandmother, mother and also the fakir who recognised him and gave away his identity after Siraj had fled to Bihar.

It seems to be a very democratic and equalising resting place of those who worked in favour of Siraj and also against him. There is also the grave of Siraj’s five-year-old daughter who was murdered by drowning her. Who murdered her?

The entire district of Murshidabad haunts one with strong negative vibes of treachery and deceit. It is not a footnote in history of a Nation but an entire repertoire of the collective  psyche. Collective psyche of the very mixed gene pool, one should add, before fingers are pointed at any one breed. And the DNA strings in these mixed gene pools carry the memories inside.

A visit here stands for all that we are, were and could never be the great Nation that we proclaim to be. Why tens of thousands of Indians would flee in front of a few hundred white men, out to plunder, in the name of providing governaance. There are still Mir Jafars and Jaichands – as well as Jagat Seths – amongst us who consistently pull us back a few steps for every few that we move forward.

With these not so pleasant memories heavy heart and the headboard to the great warrior we depart Murshidabad which literally means “Abode of the Spiritual guide.”

(History is not just about the names and dates, but about the lessons and light that it could provide for our future.)