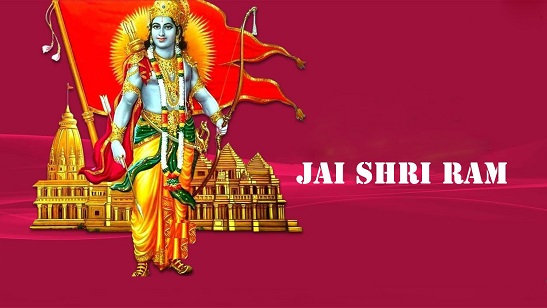 Should we start with the message or the messenger?

Let’s begin with the messenger first. I bet none of you know who are 49 signatories who have written to Prime Minister Narendra Modi on minority lynchings. It’s not in your newspapers nor in established magazines such as Outlook and India Today.

Just a coincidence? Or a plot?

I somehow dug up the list of 49 eminent personalities. Over 40 are from the state of West Bengal, including Aparna Sen and Goutam Ghose who have been questioned by CBI on Ponzi schemes. The rest, such as Shobha Mudgal, Ramachandra Guha, Adoori Gopalakrishnan, Anurag Kashyap and Mani Ratnam are known Leftists. Madam Mamata Banerjee has come out in support of this letter though your newspaper wouldn’t have mentioned it. Telegraph India? The known Leftist rag from Kolkata? Oh, you must look for its Epaper today. Or curl up your lips by looking at this image of their front page below.

I am not “rubbishing” the messenger to “kill” the message. Human lives are above ideology. Blood has no religion. Not for these worthies though. They could only see Muslim blood. Or they would have followed Anand Ranganathan or Swati Goel Sharma and known of hundreds of cases against Hindus and Dalits; or educated themselves on the pieces from OpIndia which lists 50 hate-crimes by Muslims in recent times; and a dozen “incidents” against Muslims which turned out to be fake.

Yet, they are quoting factcheker.in as their source when the website is epitome of lies, mischief and propaganda. They have a problem with the word “urban naxals” (made famous by Vivek Ranjan Aghinotri) who they view as “dissenter” but the nation sees them as “subversive” and a threat to India’s sovereignty. They view “Jai Shri Ram” as a “war cry” but Islamic terrorists blowing themselves up with “Allah O Akbar” on the lips is our sheer imagination.

Yet, these worthies deserve our time. Just to exhibit how the “Deep State” works. Let me list 10 questions which must prod the conscience of neutral Indian citizens:

(ii)            Why the headlines have tried to give it a Pan-Indian intellectual “uprising” hiding its essentially Bengali flavour?

(v)             Could you remember anyone of them reacting to vandalizing of Durga Maa Temple in the heart of Capital recently?

(vi)            Why politicians such as Arvind Kejriwal, Rahul Gandhi, Sitaram Yechury, Mamata Banerjee or Yadavs are never outraged at the crimes against the Hindus

(vii)          Are NGOs a part of this nexus? At 31 lakhs, the NGOs in our counry are double the number of schools; 250 times the number of government hospitals. We have one NGO for 400 people as against one policeman for 709 persons.

(viii)         Where were these intellectuals, newspapers and politicians and NGOs when crimes against Muslims and Dalits were far worse in UPA’s 10 years than it has been in Modi’s five-plus?

(ix)           And if these intellectuals, newspapers, politicians and NGOs are working in complete sync, ensuring what we read and what we don’t; what stops us from terming them as a “Deep State” within India?

(x)            And if this “Deep State” exists, it just can’t be ideology. (More so when Left is as good as politically over in India). Who does this “Deep State” belong to? CIA? Saudi money? Commie funds? Or all of them put together? Or deep pockets of imperialism masquerading as Liberal Order?

The dangers are obvious. As the divide between Hindus and Muslims grow deeper; the spin-off could begin with lives lost or India divided, 1947 revisited. With people at war, India would get terminally weak. Those plotting it would be happy beyond words. Those who want Hinduism crushed would be over the moon.

Hindus of course can’t match them in propaganda. They are deep-rooted: The “Deep State: have their artistes, intellectuals, historians and media planted everywhere around us. They have a ready audience at home and abroad. The narrative would stay with them in foreseeable future. This has been a project of decades. The monster can’t be slayed overnight.

Sure it needs response. An organized response. Democracy is one tool which has rolled these worthies into the ground. But we are putting too many eggs in one basket. Democracy can be subverted (Why do you think they cry so much on EVMs?). We have also seen how technological giants, such as Google, Twitter, Amazon etc promote such Break-India forces. Our culture is still a binding force but when “Jai Shri Ram” is turned into an abuse, it’s only a matter of time before it implodes. India is young and they are easily brain-washed (All those with teenagers at home would identify with this issue).

Frankly, Hindus need a George Soros to combat these forces. Those who don’t know him, should do it now. He fronts Liberal Order; Hindus need one of their own. It’s unlikely BJP or RSS would be of much help in terms of funds or a commitment for decades. But Hindus would be increasingly under siege and only an organized structure, and not stray organic counter-voices such as ours, could set them free.