BJP are Nazis? It’s time to embarrass and expose you Mr. Kashyap 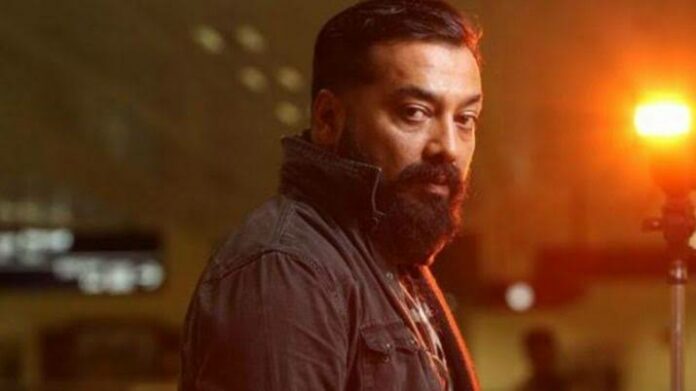 I would give credit to Anurag Kashyap for where he is a today. A small-town boy, an outsider to Bollywood, who has carved a niche for himself without quite directing a blockbuster but has produced films, like “Queen”, which were a source of great joy to viewers.

But Anurag revels in “dark movies” and if all art is autobiographical, given how his life has shaped up, he has an immense store of anger: A man who forever is pitting himself against forces, against the system, wishing a revolution—in an interview to Telegraph he laments why #MeToo couldn’t become a grassroot revolution—and probably discovering his new movie ideas through his palpably provoking stances. He is obviously obsessed with movies and his present scrap could well be a vehicle to gain new ideas which feed his “dark” instincts.

He has a long-standing angst against “Right” forces in the country. It could be because of his tiffs with the Censor board; the temporary exodus from twitter after the backlash on his stance against the abrogation of Article 370 last year; the accusation of being funded by AAP for his movie “Udta Punjab” by no less than the Censor board chief. This anger is now bubbling forth in reprehensible posts, showing the Prime Minister of this country, a man immensely loved by majority of his people, as a masked goon or asking him to prove his parentage.

By design or accident, Kashyap is now the darling of the Left-Liberals. Both are unlikely to let go of each other. Both are busy feeding on each other; like his interview in The Hindu today.  It’s now no good to empathize with him, or explain him away psychologically. It’s imperative we examine his positions and nail the dangerous lies he is floating. He is no Che Guevara: If this is your fantasy, live in your loony fantasy Mr Kashyap but stop peddling lies. Here is an attempt to counter the positions he has taken in his interview with The Hindu today (in bold is his position in quotes, followed by my arguments):

“They are literally borrowing from the book of the Fascist Nazis”

Quite a juvenile assertion, really. For one, Fascist and Nazis are not the same. But let’s accept your reference metaphorically. “They” in your book is BJP dispensation in the Centre.

BJP are Nazis? If BJP is similarly violent, why there has not been a single Hindu-Muslim riot in the country in last six years? Where were you when “riots” regularly made headlines in Congress era? Remember Muzaffarnagar? (We don’t remember your position on it: Is it because you took crores from Akhilesh Yadav who ruled UP then?).  Indeed BJP is the most peaceful regime ever. It’s your secularist governments which had festered riots.

BJP are Nazis? Within his first year, Adolf Hitler had eliminated rivals (Night of the Long Knives), dissolved all other political parties and effectively abolished Parliament. You accuse BJP of the same crime?

BJP are Nazis? You could bring Gujarat and somehow contrive to present it as “genocide.” Gujarat was many times fewer than the Sikhs killed in 1984 on the streets of the Capital, forget the six millions Hitler killed. If at all, rumours have persisted that Ms Sonia Gandhi’s father was a militant fascist and, in 1941-43 was a volunteer in the German offensive on the Eastern Front (It can’t be held up against Ms Gandhi, but just to counter your parentage muck on our prime minister).

BJP are Nazis? Are there gas chambers against Muslims in India? Has any subsidies offered to them been even touched? On the contrary it has increased many folds. Has BJP enforced Uniform Civil Code?

BJP are Nazis? It would interest you that it was Hindutva ideologue Veer Savarkar who wanted Indian youth to take up arms against the Germans during World War II. (On the contrary, Mahatma Gandhi’s 1942 Quit India was predicated on an Axis victory).

BJP are Nazis? Anybody who has read Hitler’s Mein Kampf knows how inimical he was to Hinduism. Hitler had also lambasted the hereditary priesthood which is sine qua non of Hinduism. Hitler had opposed India’s freedom movement. Hitler simply held Hinduism in contempt: So you are either Nazi or Hindu. Now don’t tell me that BJP is enamoured of someone who is anti-Hindu!

If BJP is autocratic, what do you call the Congress governments which has had a suffocating hold in the Nehru-Gandhi clan all these years? Are you aware that BJP sacrificed its own government by a single vote in 1999? (It could have easily appeased Mrs Jayalalitha’s by dismissing the Tamil Nadu state government). But it stood by its principles.

That’s how you betray your political ugliness. (And The Hindu its’ nastiness by letting it pass). Rules are always formulated after the law is notified. Got it or still under a hangover? (booze or whatever stuff it is).

“After your patience is over, you tip over and resort to violence (in the aftermath of CAA)”

Really? So CAA was passed by the Parliament on December 11. The Jamia violence broke out on December 15. In just three nights, patience was tipped over and people had to resort to violence? So is this how you define patience? Shouldn’t we call it “anarchists” trying to break up the country? Tukde-tukde gang trying to stage coup on a legally-elected government by the majority of this nation?

“JNU vice-chancellor is not meeting students”

Oh come on. Whenever JNU authorities approached students for a dialogue, they were met with a stony wall. Be it wardens, proctors or vice-chancellor, all of them were confronted with physical violence. JNU VC Jagadesh Kumar once faced a physical assault and the students broke the window of his car. “On the one side they say, let’s have a dialogue. On the other, they destroy any possibility of having any meaningful discussion,” says Mr Kumar. You want to promote such anarchy and violence?

“There is nobody to have dialogue with”

You apparently don’t appreciate the “dialogue” drive of BJP or even the Police who is trying to educate the students. No less than “dialogue” with 3 crores people has been initiated. And if I may ask you, what about you having a dialogue with students who just want to register and appear in exams? What about the fear they have on their jobs and careers? What about the debilitating loans which their parents might have secured for the higher education of their kids? What about the 208 vice-chancellors of universities around the country who are alerting on “Left-induced” violence in their campuses? Any idea of a “dialogue” with them sirji?

“India’s federalism is under threat: Every state is going their own way (India would unravel)”

Don’t have such loony fantasy. No state would dare break away from India. If Kashmir couldn’t, no other state has any chance. Those fuelling such loony ideas would by “lynched”, yes “lynched”, by their own state people.  Be thankful that you could voice such words and still escape punishment.

“They can’t win Delhi unless there is manipulation”

And how do you think this manipulation would happen? EVM? Bribing voters? Why be so nervous on a state election? You are free to admire AAP and hope fervently for their win. After all, Kejriwal is an original anarchist and appeals to a similar instinct in you.

What do we make of you Mr. Kashyap that you stand up for an “alleged” molester Tarun Tejpal; pooh-pooh the Aligarh rape and murder of a little girl; and yet plaster you twitter wall with “Chhapaak” as if you stand up for women empowerment?

Please look in the mirror: you would find a fake looking back.