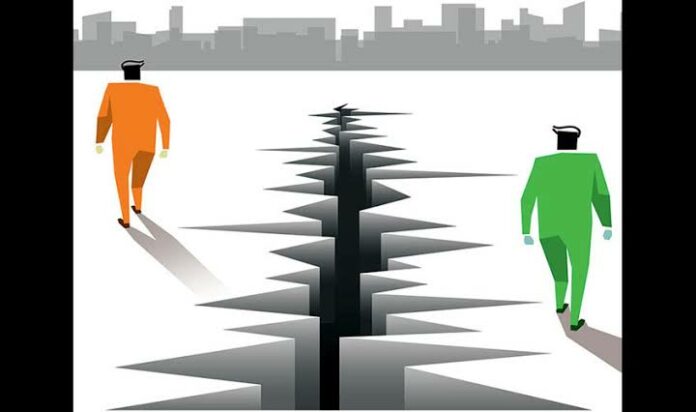 Never since the bloodbath of the Partition in 1947 which cost two million lives have Muslims and Hindus been so disenchanted with each other as of now and understanding its complexity could steer clear a resurgent India from becoming a prisoner of its past.

Rioters have taken to streets, cost lives and burnt public property worth millions since the Citizenship Amendment Act (CAA) was passed by the Parliament in the closing days of 2019. Despite Indian prime minister Narendra Modi putting all doubts to rest with a rousing speech to a mammoth crowd in the Capital, there has been no letting up on the angst on either side.

The Act in essence eases up the citizenship process for the persecuted religious minority, including Hindus, in three Islamic republics of Pakistan, Bangladesh and Afghanistan but its opponents want Muslims covered too even though they are not in minority in these countries and there are other avenues for them to gain Indian citizenship.

First students of a few Muslim educational institutions and then the rioters have made violent headlines and now supporters of the Citizenship Act are filling up the streets, albeit peacefully, but there is little mistaking that Muslims and Hindus are standing on the two sides of the great divide.

Hindus historically resent almost a millennium-long persecution (8th to 18th century) at the hands of Muslim invaders who forged empires and inflicted what historian Will Durant described as the “bloodiest story of human history.” The wounds festered further when India was amputated of its western and eastern parts on the call of Muslim leaders on religious grounds by the departing British in 1947. The newly-formed Pakistan since then has forced India into four wars and supplied terrorists to turn Kashmir into a killing field. That scores of riots between the two since independence has claimed more than 10,000 lives has only bloodied the nation’s fabric.

Hindus further simmer that the Congress party, which ruled most in independent India, has “appeased” Muslims with funds and doles, created a minority affairs ministry with a separate budget and yet championed “secularism” from the rooftop. Muslims have control on their religious and educational institutions but the same is denied to Hindus. Hindus fear that such “appeasement” could cause another break-up of India like it did at the independence.

Muslims, on their part, largely detest the rise of Bharatiya Janata Party (BJP) which Hindus view as essentially one of its own.  The party is in its second term with full majority under a hugely popular prime minister Narendra Modi who arguably has done more for Indian Muslims than Congress. Yet a series of events, such as overturning of triple talaqs (instant divorce), abrogation of special rights to Jammu and Kashmir and the favourable judicial verdict for a temple for Hindus’ deity Lord Rama in Ayodhya, has made sizeable number of Muslims long-faced.

The Liberal discourse, which controls the narrative, has largely tried to whitewash India’s violent experience with Islam and tried to present a composite Hindu-Muslim history though the truth is the great tradition of India’s ascetics and saints never caught the fancy of Muslim hearts. Nor India’s rich philosophy mattered to Muslim invaders but for a handful of notable exceptions.

Indian and Muslim literatures have largely run a parallel course. Pre-Muslim Indian history or Hindu heroes find no mention in Muslim annals. Muslim rulers have largely been indifferent to India’s magnificent traditions of sculpture. Some synthesis in language and music, or architecture, has been spruced up as proof of harmony. But it’s a stretch of imagination. Oppressors have never been seen indigenous by natives anywhere in the world. For example, Thanksgiving Day carries completely different connotations for White Americans than it does for Red Indians. While one celebrates it as the day when Pilgrim Fathers stepped on to the American soil, the Red Indians view it as a day of mourning.

The present disquiet has reopened the old wounds. While it is true that Indian Muslims by and large are peaceful, as perhaps are their majority in the world, yet it only takes a few to cause upheavals around the globe and bring Islam’s violent historical past on to the centrestage. Muslims need a credible, constructive leadership, at least in India, which speaks up against entitlement, support moves which free up their women from hardliners, and backs the long-pending Constitutional demand of a Uniform Civil Code which could help get rid of a few regressive Sharia (Islamic) laws. Till a voice emerges from within for one people, one nation, the historical suspicion of two-nation theory, which gave birth to Pakistan, would remain fresh in the mind of Hindus.

Liberals ensure that anything that makes Muslims uncomfortable must be branded as “hate” or “Islamophobia.” This puts the reformation on back-burner. Till it’s encouraged, societies around the world would be convulsed into turmoil, be it in Europe or in India.