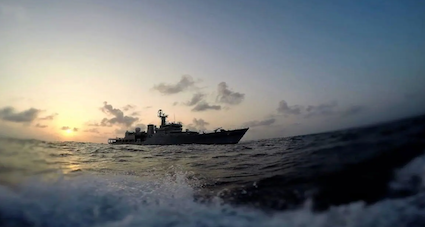 Every so often, the Borders of India are re-drawn, Delhi goes through a huge churn, and another influx of adventurers as well as refugees pour back into Delhi to fill in the void of repeated destruction. History is then re-written in Delhi by the newest winners, Mongol Mughals and Bust British are the present versions, but our Borders are where the Truths can be unearthed and understood. I have been lucky enough to be able to experience land, mountain and ocean borders as well as live in Delhi – where I keep returning to every now and then.

The disconnect between Delhi and the Borders of India, in my experience, is enormous and also something that seldom gets written about or discussed – and that is also because our elected and selected representatives, as well as our media and justice delivery system, all tend to be from the internal parts of India. Connecting borders of India to the hinterlands, by road, rail or air, was more about moving produce for import and export, whilst people living on our border areas were given short shrift in context with connectivity.

An example is our Delhi Centric Law Making and Justice Delivery System.

In my global travels, I have not seen this sort of a disdain and disregard for border connectivity to the heart or anus of a Nation elsewhere. Only recently has this trend been reversed in India with more broad gauge railway lines, better roads and airports to serve the border areas. Mountain, jungle, and coast.

Anecdotal – a few weeks ago, I happened to be present for an evening get-together at the pleasant home of friends who go back decades, but are decidedly feudal left liberals from the heartland. The location was a pleasant part of Coastal India, verdant, pastoral, low-cost, low-stress, laid back and with a seafaring origin society now globalised. The sort of part of India that finds it very impolite to discuss religion and/or politics after sunset.

The gathering was eclectic, our recently re-located feudal area friends were getting used to doing the dishes themselves as well as responding with shock and awe to the lip they were getting from their own teenage children who were now mixing with the almost classless contemporary lifestyle that going to good local school on bicycles brings.

Yes, some children have fancy geared bicycles costing more than cars, but very soon they learn that the local kids on gearless roadsters are going faster all over the lie of the land, putting their roadsters on top of buses or in the back of trucks to extend their range, and also having more fun. One big reason is because the simple gearless roadsters have mudguards, while the fancy geared bicycles don’t have mudguards. They were simply not meant for normal commuting. Or India.

“I’m also from the same religion as you. My ancestors came from across the hills. Were you from Delhi? Are you new here and do you need any help? If you want any stuff, reach out, wink-wink.”

Now I’ve been around too. So I responded with, hey wow, how did your ancestors come to India, over the passes on horses with swords to slash, traveling light carrying their one and only book? Then I threw in a few phrases in the language of his ancestors, of which he did not understand even a single word, his true origins being South Delhi baba-baby log patios, with random Waah-Waahs thrown in, simple polite greetings. By then I had also looked him up online, rapidly, and understood where he was coming from – so I said, yup, we are new here, and could really do with help.

The man was a pusher, dealer and broker, all rolled into one, scouting for more customers in the gold-rush towards our borders.

Here is some simple truth about the junkie-pusher relationship – the pusher is the junkie’s best friend as long as the junkie has money, and keeps introducing new customers. Thus, the typical Liberandoo hep with-it party scene. The pusher’s role is to multiply the returns and be very aware of when the junkie runs out of money.

So then that brings me to the huge 3 tonnes of heroin seized at one of India’s borders, coastal in this case, the enormity of which does not appear to have sunk in with many of us as yet. From being a nett exporter of opiates for the past few centuries and more, the reality is that the borders of the country are now being subverted to convert us into nett importers, so that the already polluted heart is further strangulated and killed.