Cell Towers, your unfriendly neighbourhood: It’s like a driver issuing driving licence to self 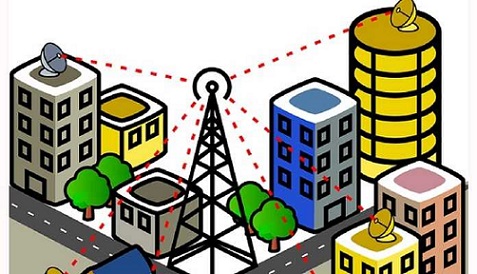 The issue of mobile phone and telecom towers in the vicinity of your home and office has started giving people figurative and literal nightmares lately. Here’s a list of steps suggested to try and get a sound sleep instead.

Primary and most important – do not get involved in physical altercations, demonstrations or attempts to stop the construction or operation of mobile phone telecom towers. Whether legal or illegal, fixed or on wheels, corrective steps are the job of the law enforcement authorities, and the Acts as well as Rules & Regulations involved are complex as well as often favouring the telecom entities, government and joint sector and private.

How they are interpreted and applied is often something else again and we all know the realities.

So what can you, dear law abiding middle-class citizen of India, do to look after your health, sanity and much more?

Turns out, a lot.

1) Please visit this website – it is a bit tricky, requires mobile phone number and email address, and generally makes citizens run around but eventually you get used to it. The locations are also not precise but you allow for that also. This website also helps assess whether the said mobile phone telecom tower, fixed or on wheels, is even legal or not.

2) If the said tower is illegal, then your job is relatively easier, depending on how really helpful the local and central authorities wish to be.  Incidentally, this also applies to “boosters”, and most “boosters” are in the very first instance outright illegal. However, being small and easy to disguise, and fixed easily in locations which can be hidden – fighting illegal “boosters” is a losing battle.

You may need to file police complaints, write to the Department of Telecom informing them about the same, and escalate matters variously with local authorities. Good tools to use are –

Be innovative, be patient, be safe, the Law is on your side, technically and hopefully.

3) If, however, the said mobile phone telecom tower is legal and listed, then what do you do?

3a) Write to the Department of Telecom using the Central Government Public Grievances Portal here – https://pgportal.gov.in/NewGrievance

Be very precise with what your grievance is, leaving no room for misunderstanding. Short and sweet – “tower at such-and-such location appears to be causing us/me with medical/other problems as described, and I/we request that you kindly have it de-commissioned and removed immediately.”

3b) Take printouts of the above grievance and submit them to the local Panchayat, Municipality, Police Station, elected representative (Councillor/MLA/MP or as applicable)

3c) Get your medical documentation in support of what you are doing ready.

3d) Try to get the support of the neighbourhood.

3e) Be aware that till today there is no tangible evidence for or against the mobile phone technology being used, the RTI response I received is enclosed.

Good luck. This is not an easy battle as you will discover. The telecom towers in India are, as per Department of Telecom, “self-certified” – which is like saying driving licences should be issued by the driver. The testing procedure is not exactly scientific, but ends up costing you 4000/- rupees and there are no guarantees on how and when this testing will be done.

All in all, an uphill battle, but one that your life and sanity depend on. So, the more people who try, the better for all.