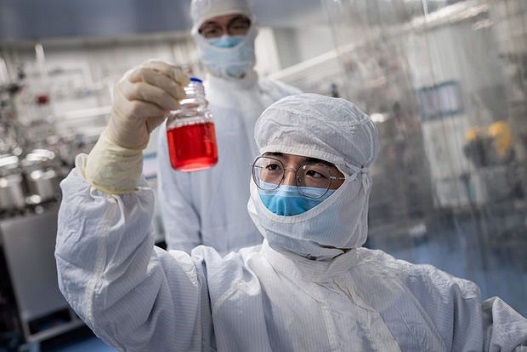 While Russia is still facing criticism and scepticism for approving the Covid-19 vaccine without mandatory trials, it has now come to surface that China has already begun immunizing people with their Covid-19 vaccine.

China is claiming to be the first nation to roll out a vaccine. According to a report published in The Washington Post the head of China’s Coronavirus vaccine development, Zheng Zongwei, has acknowledged that they are injecting people with the Sinopharm vaccine since 22nd July – three weeks before Russia’s claim.

Beijing health officials have observed that in the last week of July they have begun dosing medical workers and government employees under ‘urgent-use’ protocol.

Authorities have also mentioned that they are soon going to expand their inoculation process to employees of the food market and transport system.

It has put China under several questions as the vaccine is considered to be still under development. The vaccine in question has not passed the standard trials.

Each state health officials across the globe are trying to develop coronavirus vaccine and treatment as early as possible.

While there have been debates going on to suspend certain drug development protocols, many governments had already cleared that they have no intention of cutting down any protocol in the vaccine development process.

The claims from China have left US President Donald Trump impatient. On Saturday, Trump has accused the Food and Drug Administration (FDA) of deliberately delaying the development of novel coronavirus vaccine to sabotage his presidential campaign. Donald Trump has pledged to bring the vaccine to market by the end of this year or early 2021.

According to reports it has been claimed that Trump has decided to grant emergency authorization to the AstraZeneca vaccine.

Amidst all the chorus growing on, Russian President Vladimir Putin has already announced that his country has developed the first vaccine for Coronavirus and her daughter is the first one to receive it. Russia is also collaborating with India on sharing its vaccine.