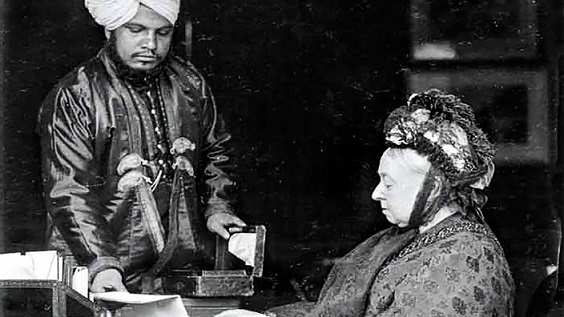 Colonial Rule in much of what we knew as “Nizam’s Territory” was, along with Andhra, Telengana, parts of modern-day Karnataka and Maharashtra, all the way to adjacent domains of Jharkhand, Odisha, Bihar and Bengal, to put it bluntly, very confused. Let’s call it the big middle part of India, Deccan Plateau with the non-Gangetic and non-Madras Coromandel Coast, as we know it today.

Leave alone the rank and file citizenry, it was the Kings and Rajas and Nizams and other rulers who for a few centuries did not know whether they were coming and going out of an assortment of revolving doors set up by the random Sultanates, Mughals, Marathas, French, Dutch, British and even a small Norwegian outpost. In addition, the Hindu Rulers had their own reasons to try to figure out alignments, not made easier by the interesting factoid that many of them were from lands beyond like Gujarat, Saurashtra and Rajasthan. Eventually almost all of them made their peace; those who made the best peace with the British, were re-named Maharajas or Badshahs or even Big Huge Grand Master of the Lodge Poo-Bah 33-Blue This-and-That.

But it was the indigenous people of the area, who were the real heroes in keeping all sorts of external Invaders at bay, and maybe that’s why you don’t spot too many Clubs there in Balangir side. What you do spot, however, is one of the reasons for the White Man especially not arriving to make a Colonial Club for him to steal whatever crop he took a fancy to. In a concept repeated also during the Siege of Multan, where also the Brits refrained from starting Colonial Clubs, it consisted of very painfully severing the head of the invading human from the rest of the body. Very slowly. As the grand finale to a sequence of events prior which included a lot of alcohol and a lot of sharp blades. Fresh human flesh buried in the fields provided good crops. One of the machines used for this, which also explains how the neck is to be twisted through various movements before severing, is on display in Chennai.

At Multan, now in West Pakistan, no colonial club. Only an obelisk as a memorial.

Balangir was even better. Leave alone Colonial Clubs, they simply refused to be part of the British Empire.

So when the Brits finally got around to being able to start their exclusive white men only clubs in some cities in this part of India, word had already filtered down that the concept did not exclude coloured women, and so the locals said – “hey Jack, you can have your white only clubs but you will not have any women entering the premises. Not even white,” Jack asked, and was told, “not even White.” Certainly not the bars, the dining rooms, the cottages or the ballrooms. Maybe in the open lawns, under the watchful eyes of the Bearer of any contravention of this rule, thus emerged the term “bearer”. The “bearer” bore the news if any woman entered these male only premises.

Which therefore made Jack a Dull Boy indeed. And a Free Mason. Playing Dark Room. With other boys. Thus, was also born the term “jacking off”. If Jack wanted to meet local women, he had to go to the Bazaar like everybody else, which actually was not a bad idea for reasons I shall explain in yet another article some day. Suffice it to say that anecdotally, more white women did an “Abdul+Victoria” in this part of the world than anywhere else, other than the Ivory Coast. Size matters. Also, thus, in honour thereof, Victoria Memorial in Kolkata and Victoria’s Secrets in London Cantt., have no branch in Nizam’s Territory.

So, what happened to the few Colonial Clubs in this part of India after 1947? Actually, brilliant stuff, they continued denying women of any colour access for a long, long time. But they also rapidly moved to wearing local clothes, much better for the climate, and placing menus for local food on the table in the regional language of the area. In addition, council and committee meetings were conducted in, you got it right, the regional language. And none of this roast mutton in sloppy white bread with gravy on the side.

And more than anything else, and I am witness to this, the boss and the driver wore similar white cotton clothes. With open toed flip-flops. And nobody stopped them. This is, I assure you, the best way to play billiards. The driver is usually better than the Sahibs. Triple pun intended.

The Colonial Clubs in this part of India were the earliest lot, and maybe the only ones, to knock off the Colonial baggage rapidly. Though I have experienced a retainer walking backwards to greet and guide me to the very Colonial or Colonnade bar, where my host, a very senior Government official, was waiting for me, along with another friend who was very senior in the MNC tobacco world, for drinks and dinner. Both dressed in real gold-lined angavastrams and mundus.

I felt like a fool in my very British jacket, necktie and pleated trousers with polished shoes. Should have read up about a man called General Sir Arthur Thomas Cotton KCSI. He chose to build a proper river system instead of clubs hereabouts. Instead, he built  the Dowleswaram Barrage (Rajamahendravaram), the Prakasam Barrage and the Kurnool Cuddappah Canal.