Congress’ Fundgate Scandal: Spot the enemy in your newspapers 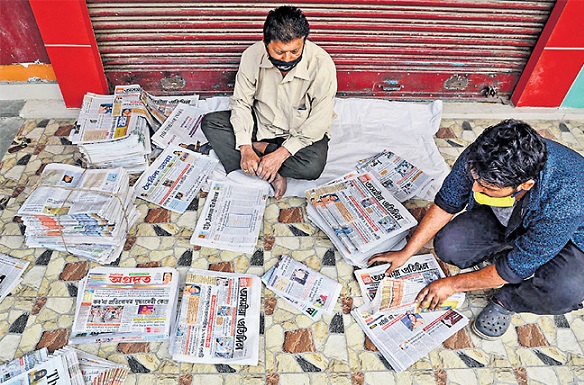 I am not sure if you have followed the “FundGate Scandal” which is engulfing Congress party and the Gandhi clan, Sonia, Rahul and Priyanka.

Or you know about funds to Rajiv Gandhi Foundation (RGF), controlled by Gandhis, coming through Chinese government and PM National Relief Fund (PMNRF). Or that in 1991, the then finance minister Dr. Manmohan Singh, later prime minister, had in his maiden Budget speech announced Rs 100 crores to Rahul Gandhi Foundation.

I am also unaware if you have weighed the import of Congress party signing a Memorandum of Understanding (MoU) with the ruling Chinese Communist Party in 2008, that is if you even know about it in the first place.

Let’s say some of you know. And that some of you don’t know. Either way, now let’s see if you understand its ramifications.

Under the United Progressive Alliance (UPA) rule, the ruling Chinese party and its embassy in India donated over a crore to Rajiv Gandhi Foundation. Thereafter, The Foundation encouraged Free Trade Agreement (FTA) with China in its studies. An FTA with China is suicide. For China, being authoritarian, can control its prices. What it costs Indian manufacturers Rs 12, China could sell the same product for only Rs 2 by subsidizing its producers. Indian makers ruined. China captures Indian market. Get the import? Please also reflect that India’s trade deficit vis-à-vis China increased by 33 per cent during the UPA rule.

Don’t you think you deserve to know how India became a stooge to China, tradewise. Or if it was a quid pro quo between the Indian and Chinese governments. Or that India could’ve become a vessel state of China through FTA. Of if it explains why we looked the other way when there were 640 Chinese army’s incursion inside Indian territory under UPA.

Again, under the UPA, funds from the PM National Relief Fund were transferred to Rajiv Gandhi Foundation. More than once. Now PMNRF is for disasters, natural or man-made. After two days of upset stomach, Congress spokesperson Randeep Surjewala has today said it was in the wake of Tsunami in 2004.

Don’t you think you deserve to know if such a transfer was for Tsunami alone, why it was done again and again in subsequent years.  Or if that makes PMNRF-Rajiv Gandhi Foundation complicit since both had Gandhis and their men in controlling seats. Or if the recent tears Gandhis have shed on migrants—India’s poor—are no better than crocodile’s since we now know money meant for poor under PMNRF were being diverted to Rajiv Gandhi Foundation.

So, you now know that the Congress party and Chinese Communist Party (CCP) signed a Memorandum of Understanding (MoU) between them in 2008. You don’t know the details. I don’t know either. Nobody has asked Congress. Congress has not volunteered the information either.

Don’t you think Indian citizens deserve to know the agreements signed under MoU. Did Congress take permission of this MoU from All India Congress Committee (AICC), its apex body. Were letters of its content shared with its members. If not, could we trust such undemocratic elements to run our democracy.

So you have questions but no answers. I too don’t have all the answers. Who do you think should provide these answers?

It’s our newspapers who should give us answers. All your national English dailies are silent on these questions. No Front Page screamers. No OpEds by your Sardesais-Guptas-Barkhas-Sagarikas or by distinguished scholars, think tanks, human rights group, lawyers, professors, vice-chancellors, historians, philosophers etc. No editorials by those who sit in AC cabins, overlooking the Arabian Sea. Yet we trust them daily. Pay for their poison. Give control of India to those who are breaking it up. Don’t delude yourself that you don’t share the blame. If we don’t make our newspapers accountable, we are party to India’s enemies.