Corona Virus control is hidden in plain sight: Why nobody’s talking about it? 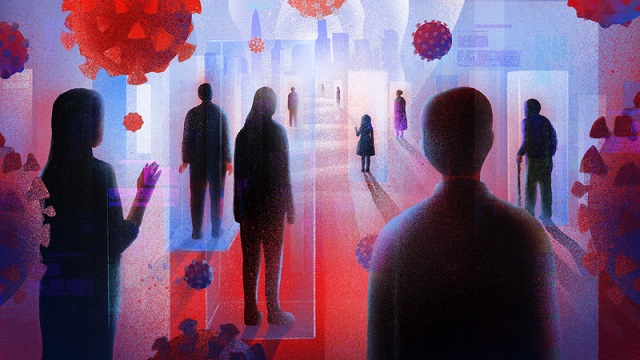 Let’s say you are confused and scared.

Confused, because you read the cure of Corona Virus is imminent. Call it tablets, vials, plasma, vaccine—all would knock at your door with the good news soon. But then the World Health Organization (WHO) or The Lancet would pour a bucket of ice water to leave you stone cold.

Scared, because if the Aarogya Setu App flashes a “high risk” alert on your mobile, the sequence thereafter would be somewhat this: 1-Scan down the hospital of your choice; 2-Hope your testing is shown negative after a mile-long queue; 3-And if positive, worry if you have a home or hospital quarantine in front; 4- If latter, wave your near-and-dears a tearful bye-bye; 5-Multiple tests and X-rays of lungs, hearts, brain etc roll of the tongue of paramedical staff; 6-And, hopefully a fortnight-later return into the arms of your family with your bank account a few lakhs lighter.

In this madness, you of course won’t remember that a month ago, there was this Dexamethasone tablet/injection, which was hailed a breakthrough by the medical community. A few researchers in the United Kingdom had tried it on over 2,000 patients and found that it reduced the death risk by over one-third. It essentially is a steroid since 1977, available over the counter world over, and costs a pack of a cigarette. The common-sense approach was, if Dexamethasone reduces inflammation, and Corona Virus inflames its victims to the point where they are choked to death, why not give it a try? And it worked.

This week, Cipla, an Indian manufacturer, rolled Remdesivir vials into the market. It’s being hailed as a Corona Virus breakthrough. But Ganesan Karthikeyan, a professor of cardiology at the All-India Institute of Media Sciences (AIMS) writes that all it does is to reduce the duration of hospital stay by four days without any significant effect on dying from Covid-19. Yet Remdesivir is being accorded a hero’s welcome. If it was a movie star, the entire country would be at its gate. A course of treatment would cost tens of thousands of rupees.

Then there is Satyendra Jain. Now come on, don’t say that you haven’t heard of Delhi’s health minister. He literally has put a Plasma Therapy in the midst of gods in his puja room. He was detected as positive and today credits the Plasma Therapy for his life saved. All it does is to take the blood of recovered patients and inject it in patients under care. Again, like Remdesivir, it’s not a cure. It just boosts your ability to fight the virus. Karthikeyan says it’s an expensive proposition.

Who do you think you should opt for if, god forbids, Corona makes you its home? Dexamethasone of course. It’s cheap, is vindicated by trials, and even the World Health Organization (WHO) doesn’t fault it.  As per WHO website, “the (Dexamethasone) treatment was shown to reduce mortality by about one-third…it’s been on the WHO model list of Essential Medicines since 1977…Dexamethasone is generally safe and is not generally associated with side-effects.”

Now why do you think Dexamethasone is not even discussed on national prime time television and media? It’s been simply wiped clean of our collective memory. It’s not in public discourse. Now before you jump to the logical corollary of Big Bad Pharma, I want you to consider a few facts.

How big Pharma pull wool over your eyes

The US pharma industry, the daddy of all, is bigger than all the nations and their GDPs barring the top 20. It’s touching $600 billion. Every year, millions are spent on pharma breakthroughs in research labs and fields.  Those big research centres, filled with futuristic pipes and flasks and scientists bent over them in tons of protective clothing and face shields, peering through a microscope, dissecting the future of human race.

These millions of investments in research and salaries are backed by even bigger expenditure of millions on Direct-To-Customer Advertising (DTCA) in which a pharma company is allowed to reach the consumer directly through advertising, bypassing prescriptions and doctors at the bend of your colony. These medicines are shown to be of magical proportions on the broadcasting waves and newspaper print. It gives you a sell on how to grow your hair (when a smart Rs 500 hat would do the job); how to increase your libido (when all you needed was to relax in a mating session) and how to increase your hearing (when a sustained brush of an earbud could suffice).

Before long, the sustained noise has got you. You either buy over the counter and insist your physician gives the prescription of drugs you desire. Not that this physician minds. One of big Pharmas marketing expenses included hiring those attractive medical representatives who come to a physician with the new wonder drug and a prescription pad. The top guys get a free ticket to Hawaii, a golf course voucher, and accompanying fun in the evenings after the Seminars around the world which of course are hosted by these big pharmas under the cloak of some moral compass. That’s how pharmas are growing bigger even in country with the best healthcare system. What is saved from a patient’s pocket is paid by the insurance company.

So if you are confused and scared, there is a rationale. Big Pharma expenses are met by your pockets. India of course doesn’t allow direct advertising by Pharma, and thank god for it, but your billion-plus fellow citizens are in the eye of the Pharma sharks. Cheap solution to Corona Virus is not in their interest. So, god forbids, if you have tested Positive and found yourself on your doctor’s couch, ask him this simple question: Why he thinks Remdesivir or Plasma Therapy is better than Dexamethasone? Perhaps, knowledge is the best cure.

Incidentally, India supplies over 50 percent of generic drugs which the world needs. It’s 40% of all generic demand in the US and 25% of all medicine in the UK. It also supplies 50% of global demand for various vaccines. It’s a robust sector for India, an export worth $21 billion. India’s pharmaceutical sector is expected to cross $100 billion by 2025. Yet its media is busy rubbishing Covaxin and Coronoil, two home-made breakthroughs. Perhaps we are the suckers they think we are.