Courtiers jump Congress’ sinking ship; and so would Mughals’ children 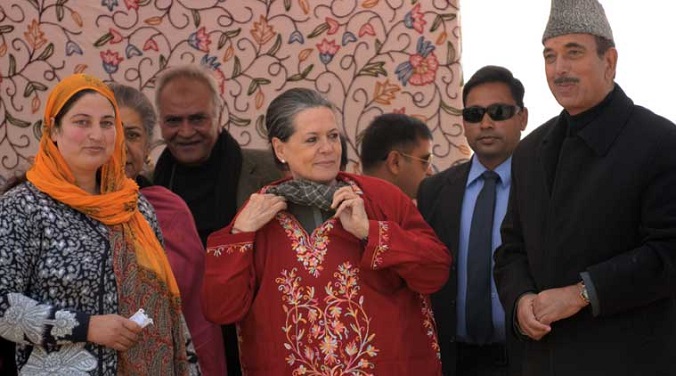 This morning’s Indian Express carries a multi-level scoop. It appears to have been missed by the rest of the media.

On the first level is the report about an internal challenge to The Family, which is kind of par for the course, and was inevitable. The moneybags who bagged the Dowager Pretender appear to have pulled the plug as well as changed the PIN codes, and the morons from the next generation have neither the capabilities nor the inclinations to go forward with anything more than a life of urban luxury, whilst trying to resolve the multiple legal and real estate issues they appear to be busy with.

On the second level are the challengers – a motley bunch of mostly 2nd or 3rd generation courtiers themselves, again, lost in their la-la land of urban luxuries and disconnects. That the rest of the country, as well as its elected and selected representatives, have moved ahead is lost to them. An analysis of where their offspring are currently located or hold citizenship of is interesting, and reveals a rather strong leaning towards the Western shores where many of them used to spend their summer holidays before the 2020 Pandemic put a halt to that part.

The third level, which only the astute and those with open eyes as well as minds will discern, is the almost total absence of the Mughal contingent from amongst the challengers. That’s very interesting, because it reveals a simple truth – the descendants of the Mughals, who handed over undivided India from Aden to Singapore to the British when they were hardly 8% of the population, had hiked up to about 25% of the British Empire by the time Indian Independence became essential.

A short history lesson here – how did the British Colonials, late arrivals to the Indian Ocean, manage to take over the Indian Ocean economies from not just the earlier Portugese, Dutch and even the Scots, and who were the primary collaborators in this enterprise? A particular community, fulcrum at a number increasing from 8% to about 25% of the Empire, obliged them. Sure, there were other smaller communities as collaborators too, but the 80/20 rule, tail can wag dog, was known centuries ago.

Today, New India from about 9% of a Particular Community in 1947, is back to about 20% of the said Particular Community. When even the heirs of the Scindias of Gwalior leave the Congress to join the BJP, then all it means is that the tea-leaves are being read along with the breeze from the bazaars, and for that you do need to take a close look at the role of Gwalior in the Mughal and British eras. the ultimate bell-weather on survival, if any, was the hallmark of not just one Royal family in India, but they pretty much mastered it to perfection.

And therefore, at the third level, this particular Community, bearing in mind the ever-present 80/20 rule, simply does not need the Congress anymore.

And that is the real story behind the panic in what’s left of the Congress in India. The non-welcome to a Pilot in the BJP was and is probably the last straw that broke the camel’s back and set the ranks and chaddis amongst those who made fun of cattle class on fire.

Look at the report on the letter carefully again. It is almost like a plea to not just the Dowager but more like a signal to the Ruling Party in India–we are ready to jump ship and join.

Thing is, who wants rats jumping from a sinking ship, rotten and rust-bucket, anyways?